Home Technology Verge TS, here is the electric motorbike with the motor in the... 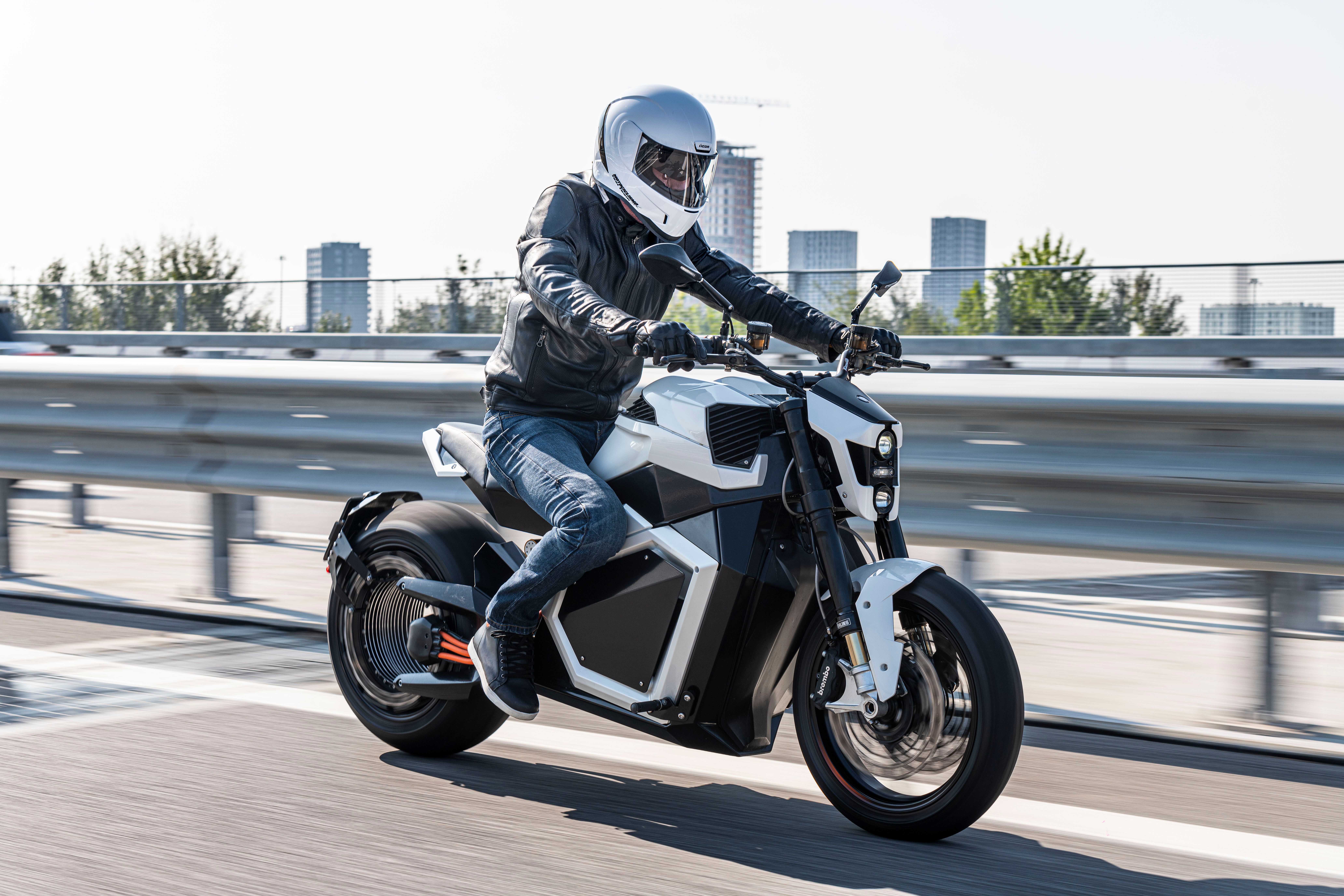 The TS electric motorbike produced by the Finnish Verge Motorcycles has a feature that distinguishes it from all other existing motorbikes: it is hubless. The motor, in fact, is the wheel: magnets are in the rim and the tire rotates around a central fixed part. This arrangement also entrusts the motor with the rear brake function, which is controlled by a lever on the handlebar. Both brakes are managed by hands, eliminating controls on footpegs.
The declared power is 109 HP (80 kW) and 1,000 Nm of torque, for an acceleration corresponding to 0-100 km/h in less than 4 seconds and utmost speed of 180 km/h that is reached in another handful of time.
Where is the battery? It is located under the saddle and has an autonomy of 300 km on urban roads and of 200 km on the motorway.