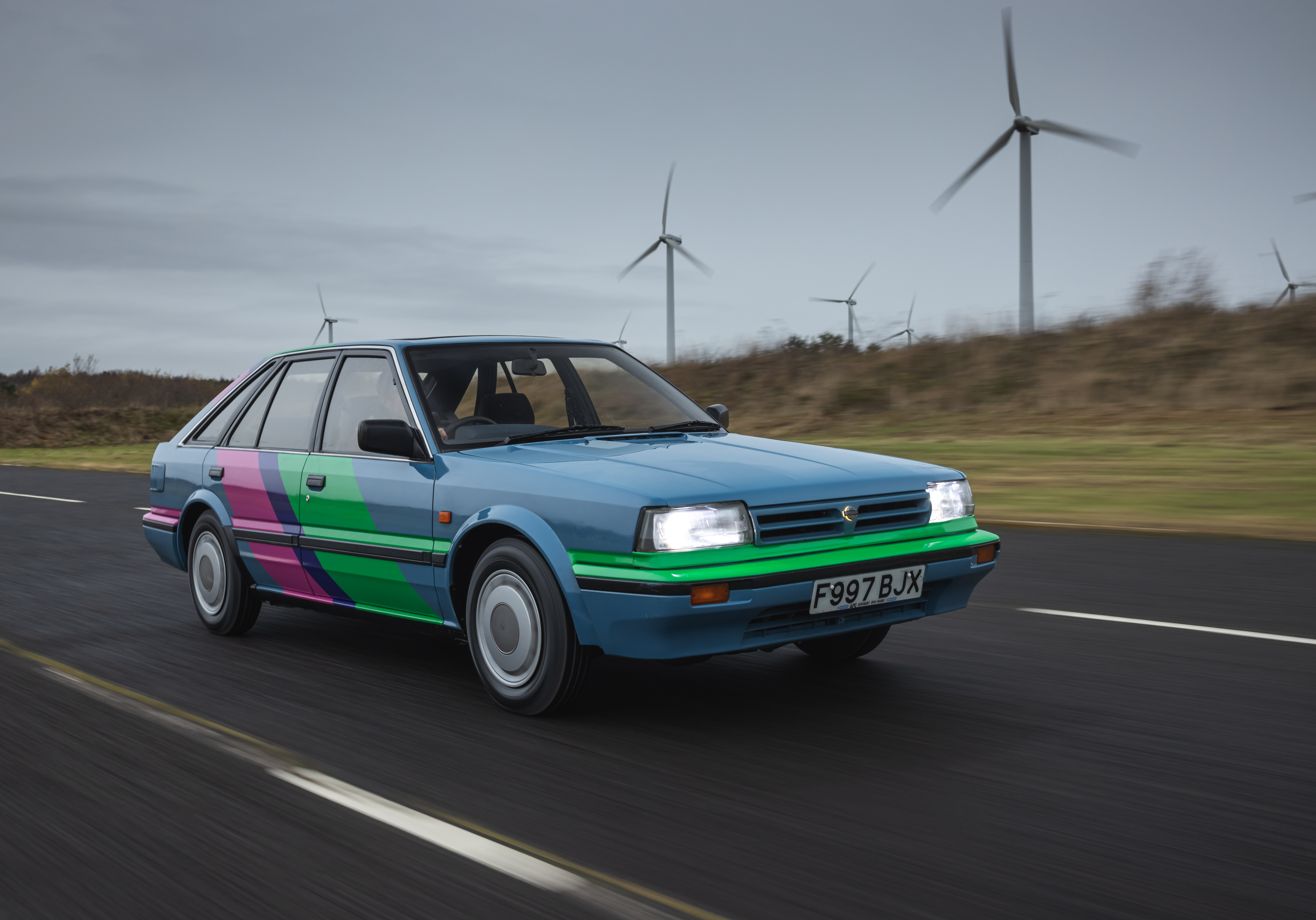 To celebrate the 35 years of Sunderland factory, Nissan has thought of converting a Bluebird, the first car manufactured by production lines in 1986, from thermal car to 100% electric car called Newbird.
The petrol engine and the original gearbox have been removed and replaced by a motor, an inverter and a 40kWh battery by LEAF. The battery modules have been split between engine compartment and trunk, to distribute weights in balanced manner. Power steering, brakes and heating system have been modified to be electrically powered and customized suspensions have been installed to support the additional weight of the battery pack.
In this regard, the battery socket is accessed from the original fuel flap, and the first can be recharged up to 6.6kW. The original dashboard has been adapted, so that the instrument that previously indicated the fuel level now shows the battery charge status.
The shift from thermal to electric car was managed by Kinghorn Electric Vehicles, a family-owned company headquartered in Durham, specialized in the conversion of vintage cars, by using LEAF second-life motors, inverters and batteries.
In conformity with the new long-term Ambition 2030 plan, Nissan will be a fully sustainable company, which will share in creating a cleaner, safer and more inclusive world. Such vision supports Nissan’s goal of reaching the carbon neutrality in the whole lifecycle of its products within the 2050 fiscal year.
Hand in hand with the presentation of Ambition 2030, Nissan has revealed the Chill-Out concept, the state-of-the-art electric crossover that will be implemented in Sunderland.

Volkswagen, the electric model that will replace Passat

The electric sports car that stems from wastes

Plant ready for BMW i4