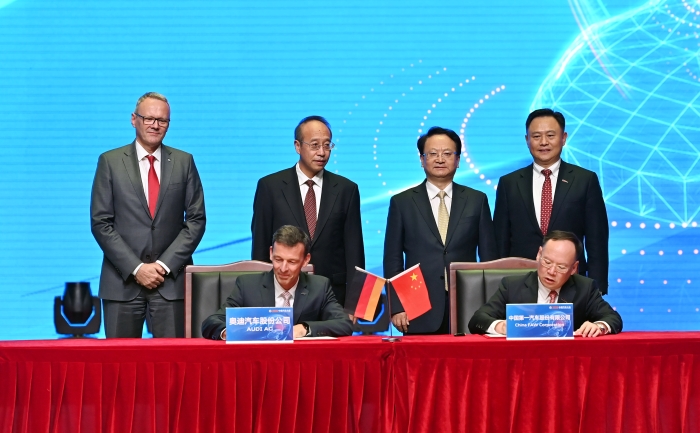 Two industrial giants, the Chinese automotive company First Automotive Works and the German Audi have recently signed a memorandum of understanding for the creation of a joint venture for the production of electric vehicles based on the Premium Platform Electric.

What does it actually happen? Audi will bring the PPE developed with Porsche to China and on its base, within four years, they will produce different fully electric Audi models to be released on the Chinese market. The current scenario is very positive: in the first nine months of 2020, Audi delivered 4.5% more of electric cars versus the same period of the previous year.

«The agreement – stated Qiu Xiandong, general manager of FAW Group – is a strong message about the further enhancement of the Chinese automotive industry and the strengthening of the international cooperation in the sector of green energy vehicles».

The German witness is as enthusiastic: «This decision – affirmed Markus Duesmann, president of Audi AG board of directors – underlines the strategic importance of the Chinese market that induces us to go on with innovations on a local scale».

Acc and Siemens together to heighten the battery manufacturing