At the customs more and more severe controls for electric motors

This topical news underlines how much the higher popularity of the market of electric motors is going hand in hand with a rise of controls and a growing severity in conformity with bureaucracy.
Recently, almost 600 electric motors have been stopped at Ravenna Port, with inherent maxi-fine for a company headquartered in Forlì territory. The control was carried out with the collaboration of the officers of Excise, Customs and Monopoly Agency at the terminal container of the Byzantine port: militaries have subjected 588 electric motors to administrative detention because they were not provided with instructions in Italian language, with suspension of customs clearance and simultaneous reporting to Mise as market surveillance Authority.
A further control has highlighted that the importer has never provided for the registration in the specific register of the companies that import and market electric and electronic systems. Successively, only after the assessment of the occurred enrolment in the suitable register and the prearrangement of the instructions in Italian language, the man has received the consent for the release on the market. However, the administrative sanction was anyway issued, with possibility of lodge on appeal: over 34,000 Euros if paid within 60 days. 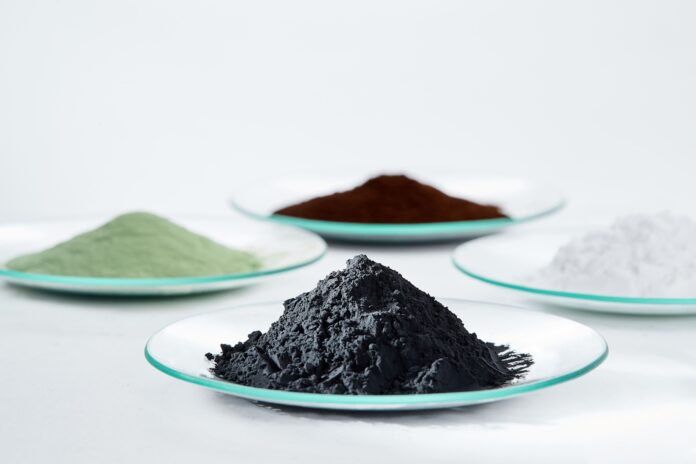 The company Cellforce Group, joint venture between Porsche and Customcells, has chosen BASF to collaborate exclusively in the development of cells for state-of-the-art lithium-ion batteries. The agreement establishes that BASF supplies the active materials of the high-energy NCM HEDTM cathode to share in the production of battery cells with fast recharge and high energy density. High-performance batteries will be then produced by Cellforce Group, with headquarters in Tubingen, in Germany. It is foreseen the factory starts the production in 2024 with initial yearly capacity of 100 MWh, able to power 1,000 vehicles for high-performance motor sports.
«With its in-depth knowledge in the field of active cathode materials, BASF supports us in a key area for the development of battery cells – added Markus Gräf, Managing Director of Cellforce Group. Its active materials of the cathode show high stability and they are excellent, especially for the fast recharge: precisely the characteristics Cellforce was looking for. Moreover, BASF has been committed to adapting its active cathode materials to the requisites of state-of-the-art silicon anodes. Last but not least, also in the manufacturing area we have processed, together with BASF colleagues, a project to collect rejects and to introduce them in the close-circuit recycling, to preserve resources, to protect the environment and to save in costs».

The great advance of Rimac manufacturer 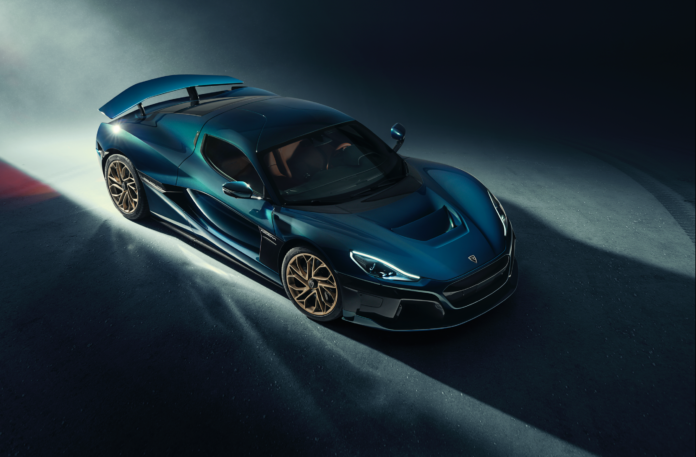 The Croatian manufacturer of electric supercars and hi-tech solutions for e-cars, Rimac Automobili, has taken over Bugatti, the iconic French brand that since 1998 had been part of Volkswagen Group and that since the current year had been managed by Porsche. It is an unbelievable piece of news indeed, if you think that in just 10 years, Rimac Automobili has risen from the setup of a single-man workshop to takeovers of such level. Today, Bugatti Rimac merges into Rimac Group, which will be the primary shareholder with 55% share, while the remaining 45% will still be of Porsche, with joint venture formula.
The development, the production and the supply of battery systems, transmissions and other components for electric battery cars for which Rimac is appreciated as supplier of many automotive manufacturers, will be separated and integrated into a new entity: Rimac Technology, which will be 100% owned by Rimac Group. Rimac Technology will remain an independent company that collaborates with many global automotive companies.
«This is a really exciting time in the short, but rapidly expanding, history of Rimac Automobili – stated Mate Rimac, founder and CEO of Rimac Automobili. – This new adventure establishes a completely new level for things. I have always liked cars and I can recognize in Bugatti where the passion for cars can arrive. I am enthusiastic of the potential of these two brands that will combine knowledge, technologies and values to create some really special designs in the future».
A feather in the cap of RImac? The new Nevera with four electric motors able to offer 1,914 HP in all with 2,360 Nm torque that assure acceleration from 0 to 100 km/h in less than 2 seconds (1.85 for 0-60 mph) for a maximum speed of over 400 km/h.

How converting a mini-digger into electric 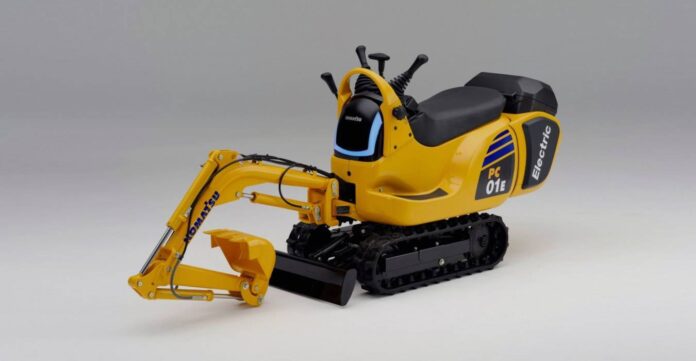 The two protagonist companies are Honda, with its extractable batteries for bikes, and Komatsu, producer of heavy construction vehicles, that are collaborating for the joint development of electrified micro excavators powered by swappable Mobile Power Pack batteries and the establishment of a battery-sharing system for the civil engineering and construction industry.
Through this joint development, the two companies will electrify the Komatsu PC01 micro excavator by equipping it with Honda MPPs and an electrified power unit (eGX). Among various construction machines Komatsu offers, the PC01 is most likely to be used for various functions at worksites near people, trees, flowers and ornamental plants, including pipe-laying, landscaping and agricultural and livestock work. The two companies will strive to introduce the electrified Komatsu PC01 before the end of the current fiscal year, ending March 31, 2022. 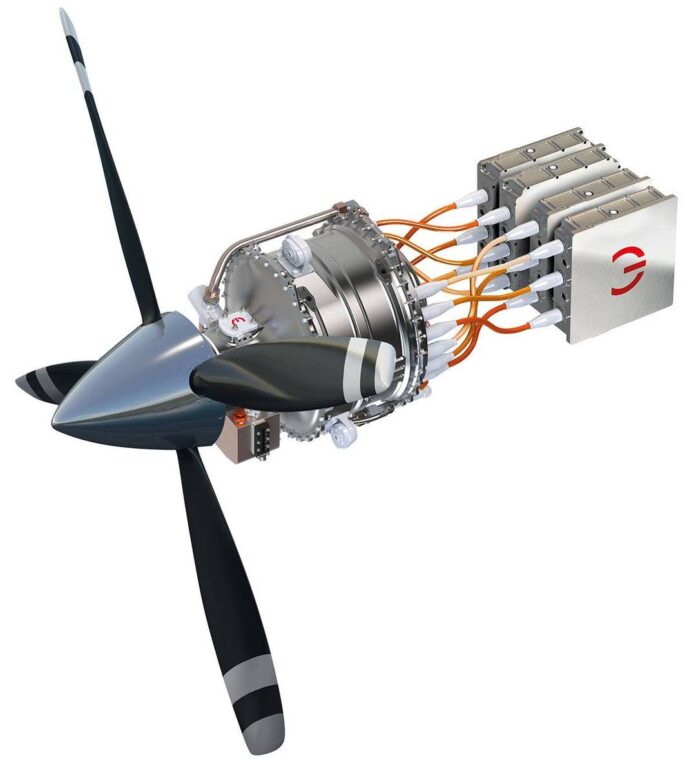 The American MagniX, specialized in zero-emission solutions, has implemented two products for aviation, two ready-to-use electric motors for propellers.
The first is the electric propulsion unit Magni350-EPU, with 350 kW of maximum power, torque that ranges from 1,410 to 1,610 Nm and 500 power supply.
The rotation speed varies from 1,200 to 2,300 RPM for an operational altitude of 35,000 feet.
The second more powerful motor is Magni650-EPU, with precisely 650 kW of maximum power, same rotation speed, but torque from 2,820 to 3,020 Nm and unchanged power supply and operational altitude compared to its smaller brother.
The kit already includes the control electronics that encompasses inverter and controller, and it supports both analogue controls for conversion of old aircrafts but also Fly-By-Wire. Associated units are two in the case of Magni350, while they rise to four for Magni650, 170-kW each. 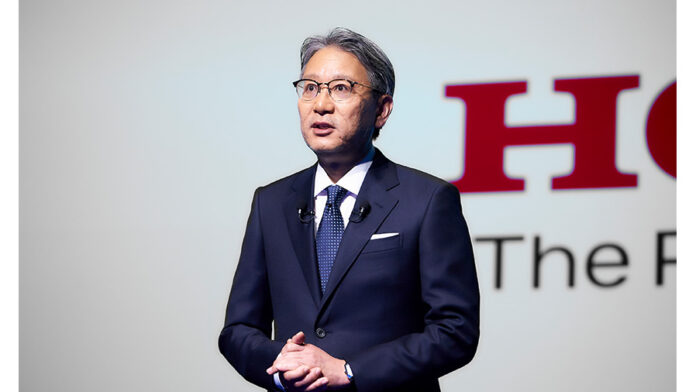 The goal that the new managing director, Toshihiro Mibe, has recently communicated and personally defined as “challenging but in line with the brand’s ambitious targets” is reaching a production of fully electric vehicles and nitrogen motors by 2040.
Before, other intermediate steps: the increase up to 40% of the percentage of electric vehicles and double power supply cars, to rise then to 80% in 2035 and to 100% in 2040.
To hit the target, Honda has allocated for its R&D about 5,000 billion yens, accounting for 38 billion Euros, for the next 6 years. 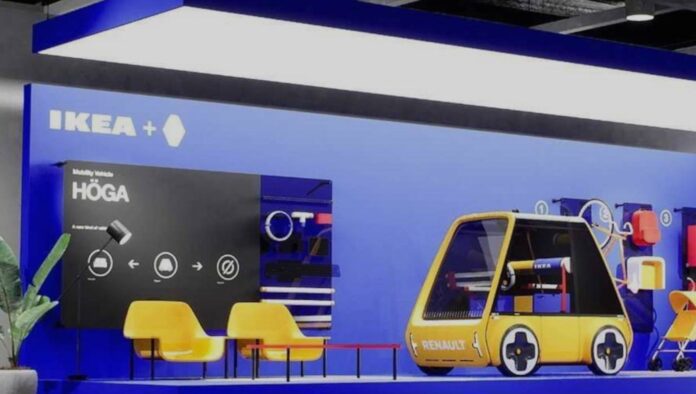 The two Ikea and Renault brands were involved in the degree thesis of the young designer Ryan Schlotthauser, who has matched the highlights of the two brands to implement the design of a cheap and sustainable electric car that can be mounted.
The vehicle is called Höga and it is conceived for the saving of those who want an electric car, precisely as in case of furniture: they cost less if they are mounted “do-it-yourself”.
The two-seater car is 1.8 metre high and 2.3 long, with four-wheel drive, for a cost of about 5,000 Euros.
«I wanted to implement something that could be user-friendly and cheap also for those who cannot afford a new expensive car, with an even cheaper solution than a second-hand car. Ikea and Renault are companies that aim at creating sustainable solutions for the mass market» – the designer Schlotthauser commented.
The idea is good and has all papers in order so that the two brands can actually shake their hands. We will see … 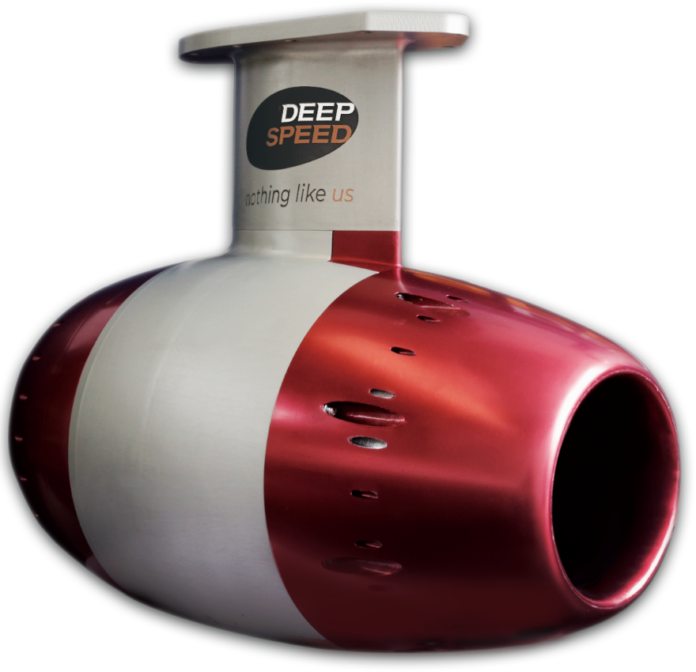 Developed by Sealence spa, DeepSpeed in an innovative electric thruster where jet and electric motor are integrated in the same device, permitting the installation of the whole propulsion out of the hull, directly exposed to the water flow.
The outboard installation allows increasing the space and the comfort onboard and implementing a series of fluid-dynamic innovations, inspired by the aeronautical industry, which allow reaching a much higher efficiency curve than standard motors solutions based on inboard propeller or waterjet.
The target of DeepSpeed technology is accompanying the energy transition of the whole naval sector, thanks to the powertrain that can be full electric or hybrid. Moreover, a SmartBox is available, able to control and to manage all energy flows of the components and of the jets installed on board.
Currently, jets are installed on two laboratory hulls, on boats by partner shipbuilding yards in the range 12–24 metres. Starting from Spring 2022, they will also equip a passenger transport ship featuring 24 metres and 160 pax by Lauro Company, operating in the Gulf of Naples in the Napoli-Ischia-Procida route.

Overcoming the traffic with the electric flying bus 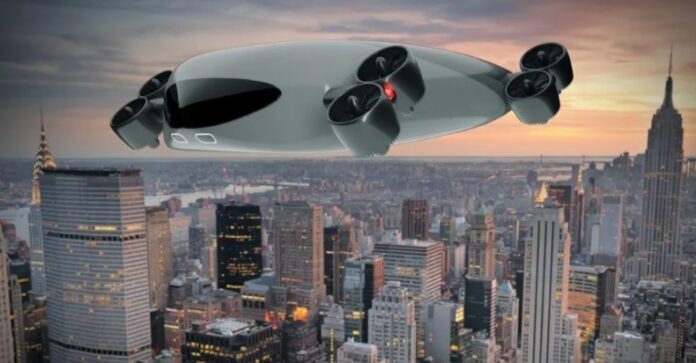 Those who live in cities with much traffic have often imagined a flying bust that could transport quickly. A chimera? It seems that this can instead become reality: the United States startup Kelekona has ideated a flying bus able to transport 40 passengers inside cities’ areas or reaching other provinces, too.
The debut is foreseen in New York in 2024, but they already think of replicating it in other metropolis with high rate of traffic jams, like London or Paris.
Concerning the technical characteristics, we know the aircraft – able to reach a speed of 200 miles/hour with a loading capacity of 4.540 kilos will use a 3.6 megawatt interchangeable battery that can be recharged in less than one hour.
Its flying efficiency will be granted by its particular tear shape and two electric fans for the take-off.
The ticket cost is 70 Euros. Expensive or cheap to zero travelling times in cities?

Volkswagen accelerates on the technology of battery cells 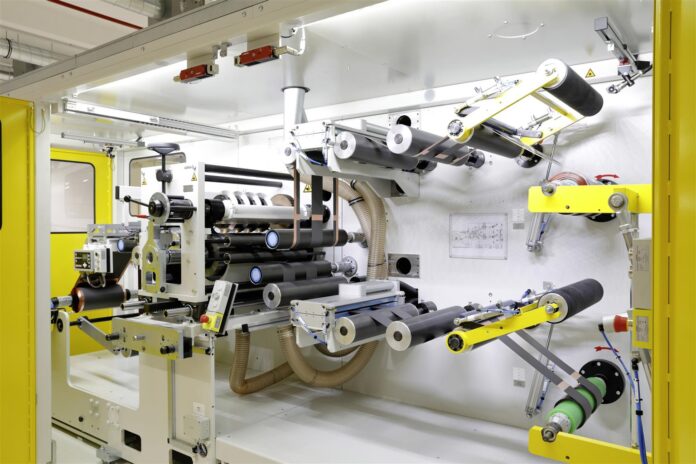 The German automotive company Volkswagen and the Chinese company Gotion High-tech have signed a strategic cooperation agreement for building a battery factory at the site of Volkswagen Group Components at Salzgitter.
Herbert Diess, president of the Board of Directors of Volkswagen, explained that together with Gotion High-tech they aim at the progress of the battery cell technology and at becoming one of the first three major “manufacturers in the world”.
In this scenario, Volkswagen foresees to create six gigafactories in Europe with a combined production capacity of 240 gigawatt hour to assure the supply of battery cells.
In May 2020, both partners signed binding agreements that Volkswagen (China) Investment Co. Ltd. will become the largest shareholder in Gotion High-Tech, with 26 percent of the shares, through a buy in of around €1.1 billion.
Thomas Schmall, Group Board Member for Technology and CEO of Volkswagen Group Components: «Gotion High-Tech is an accomplished cell producer recognized for innovative quality work. I look forward to scaling up battery tech together, starting at Salzgitter. With this, we make the central customer-relevant car component even better and e-mobility still more affordable». Mr. Zhen Li, Chairman and CEO of Gotion High-Tech: «With our cutting-edge battery technology and rich experiences in battery manufacturing, Gotion High-Tech will fully support Volkswagen Group’s electrification strategy and together promote the carbon neutral transition by 2050 to completely change human society’s dependence on fossil energy. I firmly believe this cooperation will be a successful model of Sino-European Trade and Economy, as well as of the global new energy strategy».