Home Market Trends The great challenge of the supply chain 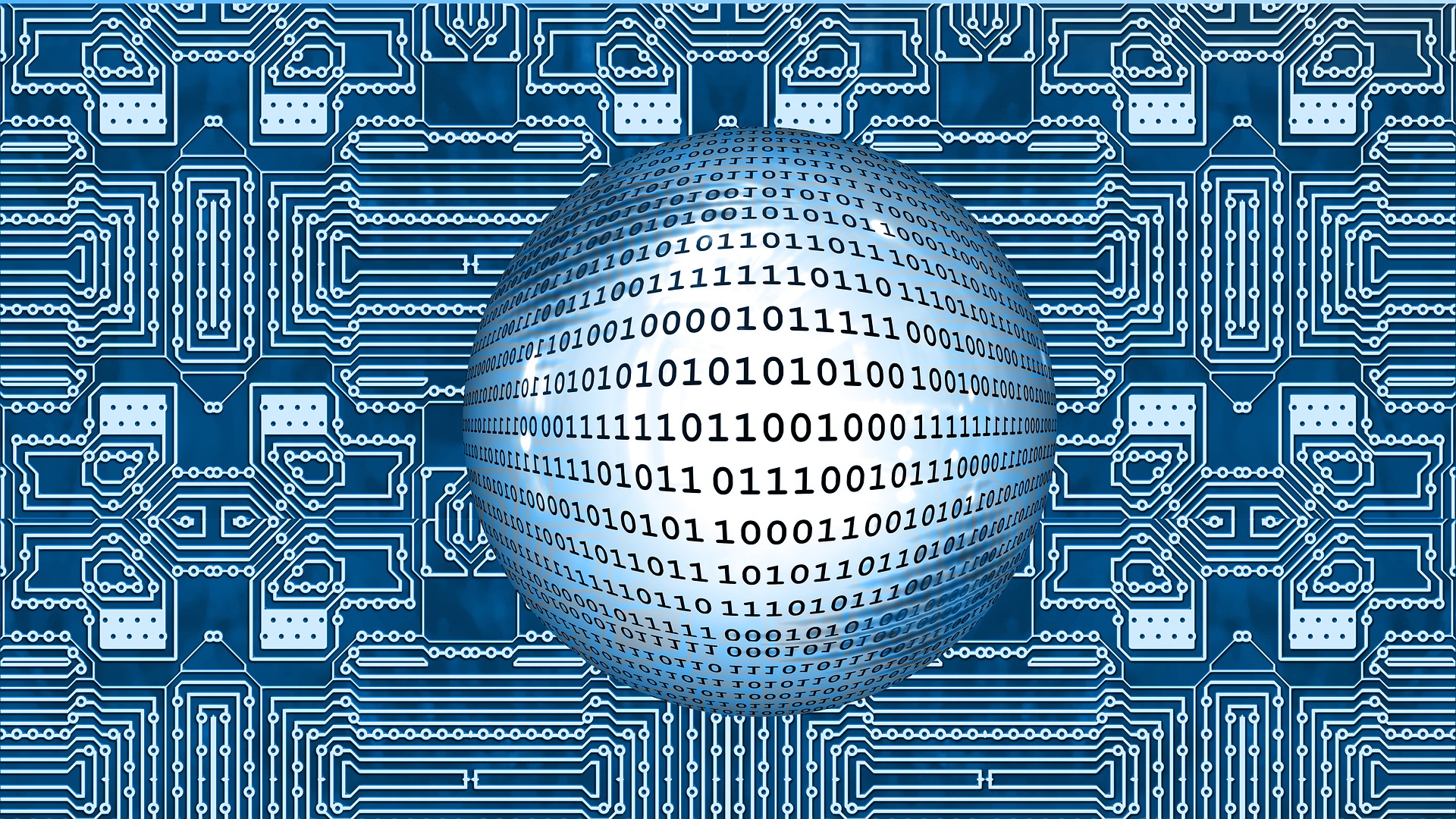 In the whole industry, we risk a trend of price rise, owing to the pressure of the provisioning chain costs, especially of raw materials. However, the crisis in course of the current semiconductor supply has ancient roots. We are analysing the reasons with Andrea Rossi, Managing Director of Ics Industrial, Milanese reality introduced in the Chinese scenario, in Shenzhen. From shortage to counterfeiting, from the chip hoarding to the price escalation.

Everybody knows the industry of semiconductors is living a crisis because of an intrinsic difficulty in the provisioning of components and that it will still last for a long time.
Those who have decided buying a car (delivery delays: nowadays chips are the component number one) or have tried repairing a household appliance are aware of the crisis related to the difficulties of semiconductor provisioning.
Among the known causes of the difficulties that are affecting semiconductors’ world, pandemic ranks first, as well as especially the effect it has produced on the entire supply-manufacturing chain of semiconductors.
Since the beginning of 2020, fewer cars have been sold but many more computers and electronic devices for smart working: the market has displaced its focus and now, when things are trying to recover the previous situations, the balance of power has changed.
Meanwhile, 5G has started worldwide, with the inherent consequences in terms of IoT, edge computing and of the countless applications of the Artificial Intelligence.
Anyway, there is perhaps something more, less functional and more geopolitical.
Like the tug-of-war between China and USA (where semiconductors are the fourth sector by export, after aerospace and petroleum, crude and refined) owing to matters of duties and balances on the big market, where also Taiwanese companies operate (such as Tsmc) and Korean (like Samsung).
Besides, the Semiconductor Industry Association has recently communicated that in 2020 the demand for semiconductors grew by 6.8%, (worth 440 billion dollars), with a notable growth rate for a mature sector.
A number that not only kept on rising in the first 2021-quarter, but it even doubled (+12%) and is likely to grow further. Analysts, even the most conservatory, report +19% by the end of the year.
Such data have not emerged for at least ten years in the semiconductor sector.

The floor to a semiconductor expert who knows China

This is the picture. However, the existence of something more is witnessed by Andrea Rossi, managing director and founder of Ics Industrial, reality headquartered in Milan, whose name stands for “I Choose Shenzhen”.

A declaration of intent in the brand, because, Rossi explains, “Shenzhen is the global capital of the hardware business: 90% of world electronics is traded there”.
What is the mission of an Italian Milanese company in Shenzen?
We were born to allow companies in various sectors to eliminate superfluous stages in the purchase process of electronic components.
Our peculiarity consists in our partnerships rooted in Shenzhen. They are the components mounted on Printed Circuit Boards (Pcb).
They are split into active and passive components and the present crisis mainly affects semiconductors, then active components.
Who generally buys electronic components?
They are manufacturers addressing a broad range of sectors: automotive, electromedical, decoders, measuring and control instruments, smartphone, pc, laser cutting machines, conditioners, air purifiers and inverters.
Whatever product that contains electronic boards, in other words. Moreover, some companies assemble the boards, then they mount the components in printed circuit boards for some enterprises in the above-mentioned sectors, and they are called subcontractors.
Whom do the companies that buy components generally address?
They rely on two ways. One consists in official distributors (big Groups, like Arrow and Avnet).
They distribute the major semiconductor brands (ST, NXP, Microchip, Texas Instruments and many others).
At present, they miss endless parts in stock.
Then there are local Italian or European brokers.
They buy from China, although they are reluctant to communicate it to customer companies (some of them still confuse the Made in China with understanding that Shenzhen is the Silicon Valley of hardware).
In their turn, local brokers turn to Asian brokers, with consequent high prices for end-users.
We directly address stock holders in the primary global market, that is to say Shenzhen.
What is happening in the market of semiconductors?
The global market of semiconductors is shocked by the unavailability of fundamental components for the product implementation.Components are identified by a part number: fundamentally, an alphanumeric code. 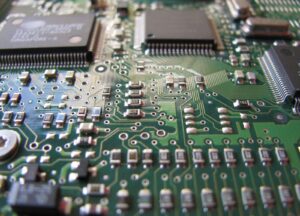 Currently, it is very difficult to trace many part numbers. Official channels indicate delivery terms (called lead times), sometimes of 26 or even 52 weeks, without the certainty they can be respected.
How did this come about?
Semiconductor producers manufacture a lot in China. Last year, in March and April, at the peak of the Chinese lockdown, factories had interrupted or considerably slowed down the production.
The long wave is coming now.
During 2020, especially two sectors increased the demand for components: electromedical and remote telecommunications.
The first due to the need of producing devices contrasting the pandemic: let us just consider respirators but also thermometers and oximeters.
The second because the smart working has needed and will require huge investments in technologies.
The global stocks of available components for the other sectors have notably decreased and damages have emerged just during these weeks.
These causes have led to a widespread difficulty of provisioning fundamental parts for the manufacturers of products containing electronic material.
Why have components’ prices boomed?
The holders of semiconductors’ stocks naturally handle something strictly resembling gold.
Prices are in constant upswing: we have witnessed quotations up to 10/15 times the market value in normal times.
The owners of determinate part numbers, deemed popular and appealing, sometimes refuse selling, to make the price further rise in the market.
Does the counterfeiting problem exist?
As it is difficult to find components, the market of counterfeited products, which was thriving already before the semiconductors’ crisis, is living a high-rate expansion.
Asian companies are committed to reproducing the wiring diagrams contained in technical data sheets of original components and to producing counterfeited components by labelling chips’ surfaces with markings that follow original ones.
With the result that it is sometimes arduous to recognize an original component from a counterfeited one. 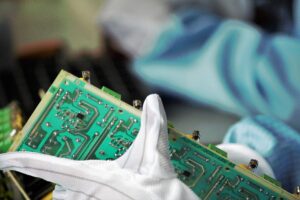 This happens also to an electronic engineer or to a sector expert.
Nowadays the techniques used are very refined.
Once mounted on the boards, two scenarios can occur: the component works or it provides uncompliant values, not conforming to the technical data sheet.
In this second case, the damage has already taken place: time and human resources will have to be used for the board reprocessing.
Let us imagine, for instance, a production batch made up by 5,000 units: the damage can be enormous.
From your observatory on Shenzen, what is and what will the social impact of semiconductors’ crisis be?
The consequences of this crisis have a direct impact on the delivery terms of finished products, on employments and on prices.
Many customer companies, with which we have established excellent human relationships characterized by cordiality and mutual esteem, call us to express their concern for the dramatic consequences that this crisis will generate in case of its long duration: redundancy fund, possible layoffs and loss of important job orders for the company’s survival.

Boom of electric motors: the demand for minerals is rising

Raw material supplies from Morocco for the electric car by BMW