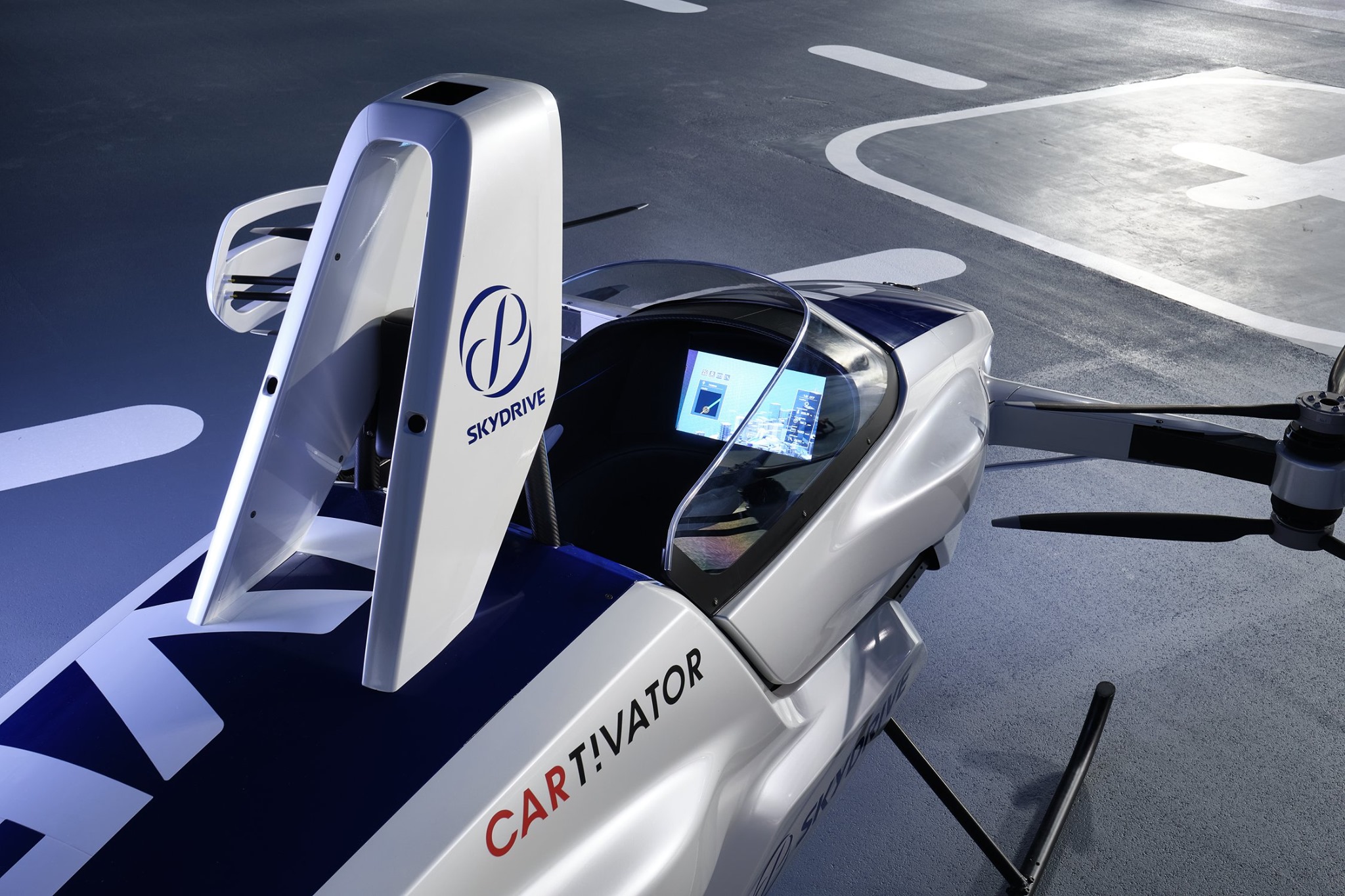 It measures two metre high by four metres wide and four metre long and requires only as much space on the ground as two parked cars. We are speaking of the SD-03 flying car by the Japanese SkyDrive company, which has recently conducted its first test flight, on the Toyota Test Field area in Tokyo, with one man on-board.
The drone moved at low altitude for about 4 minutes by means of 8 independent electric motors that guarantee safety in flight emergency situations.
The electric aircraft with vertical take-off and landing (eVTOL), has been designed to become a new revolutionary means of transportation in megalopolis of the future.
Actually, it is a flying car with pilot on board, implemented by SkyDrive just two years after its establishment. The company’s target is to achieve the second level of the experiment in 2023.

The flying car is closer and closer: green light to fly