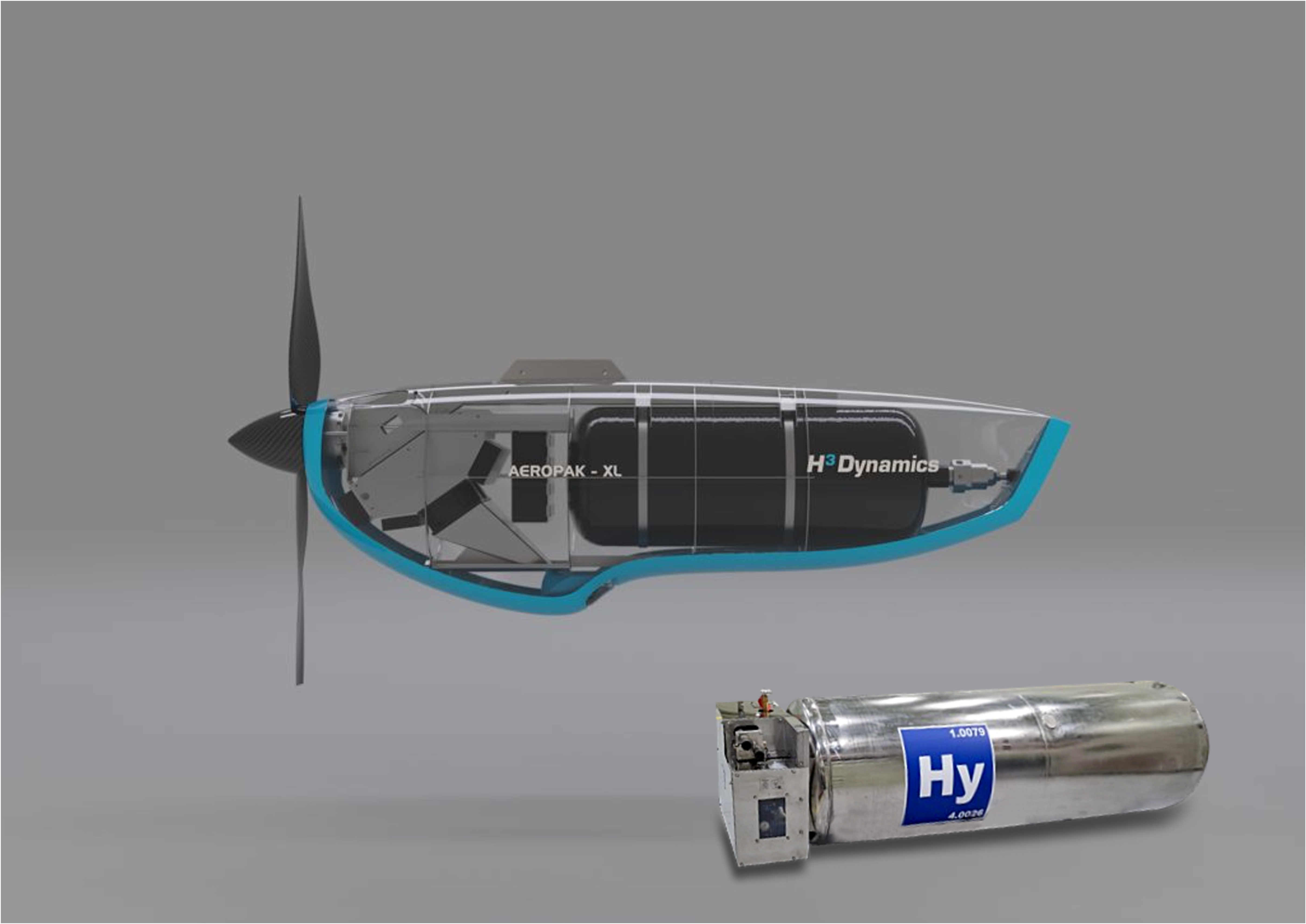 Joining their forces, the two companies H3 Dynamicsm with headquarters in France, and Hylium Industries, with head office in South Korea, have developed a first unmanned aircraft based on liquid H2, weighing just 25 kg, in a first attempt of transatlantic flight powered by a hydrogen electric motor.
Spotlights are cast on the solutions of storage and liquefaction of liquid Hylium hydrogen, and the nacelles with distributed hydrogen electric propulsion, ultra-light fuel cells, and the new hydrogen drone refuelling stations.
It is worth reminding that in November 2021, H3 Dynamics completed the first operating prototype of hydrogen propulsion nacelle and in July 2022 the first distributed pod system, installed on an aircraft on small scale, took off from “Hub Drones – Systematic” airport, in the outskirts of Paris. The autonomous nacelle approach by H3 Dynamics satisfies those technical, safety and cost problems that hydrogen aircraft developers might have to face in the future: positioning more compact hydrogen and fuel cells on a series of nacelles with collaborative propulsion under wings.
«Not only our first priority is safety, but we do not want that hydrogen takes away space for revenue-generating passenger and freight transport. The distribution of compact systems solves technical inconveniences such as the thermal management and increases safety through the multiple redundancy», affirmed Taras Wankewycz, founder and CEO of H3 Dynamics.