An electric motor, highly simplifying, converts electric energy into mechanical energy and this occurs through two interacting magnetic fields, one stationary and the other integral with a moving part. The origins of electric motors date back to a distant past, if we remember the base principles of electromagnetic induction were discovered in the early years of 1800 by Oersted, Gauss and Faraday, in 1820 Oersted and Ampere demonstrated that an electric current produces a magnetic field and, according to the historiography on the matter, the first real rotary engine was created in 1834 by Moritz von Jacobi. Today electric motors are a technologically advanced reality, available in manifold typologies, with a global market value that for 2020 is expected to approach 130 billion dollars,
then almost 110 billion Euros at the current exchange rate. Considering a basic subdivision, they are split into AC motors and DC motors, and both these categories provide then for other detail subdivisions. AC motors, for instance, are developed into synchronous, asynchronous or induction, single-phase or three-phase. In the first case, the rotor rotation is synchronized with the frequency of the power supply current and the speed remains constant if the load varies; ideal for moving a load at constant speed, they are used for high-precision positioning. 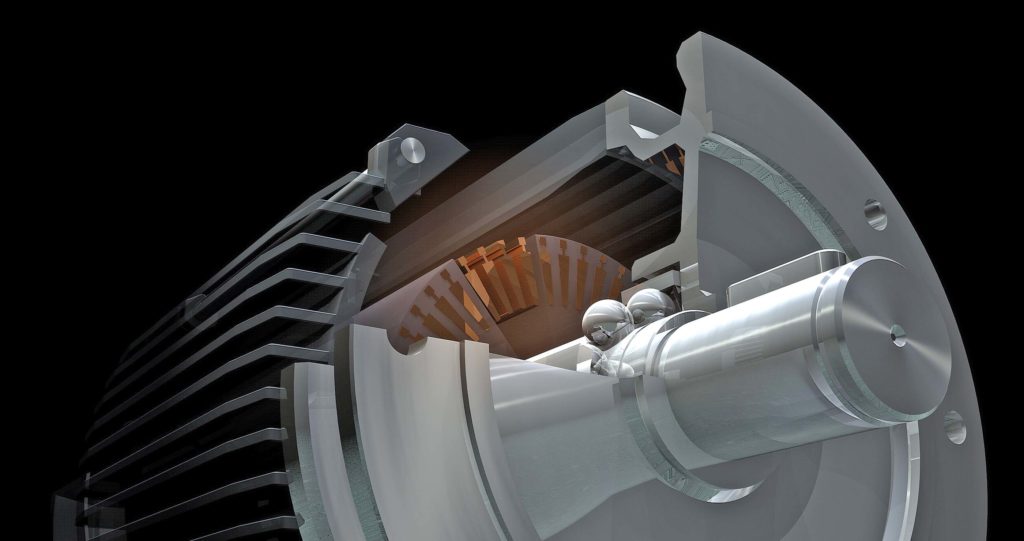 In the second typology, the electromagnetic induction from the magnetic field of stator windings is used to produce an electric current in the rotor, and then torque; single-phase motors are generally adopted for small loads whereas three-phase ones have their use context in industrial ambit, for instance for compressors, pumps, conveyors and lifting systems. DC motors, the first broadly used also due to the user-friendly speed control by varying the power supply voltage, provide for two main branches: Brushed, or Brush, with brushes, and Brushless, without brushes. Traditionally, the subdivision is done by power: 0-750 Watt (with the major market share), 750 Watt-3kW, 3kW-75kW, and above 75kW. Concerning the global size of this market, the data that can be inferred from some of the most in-depth researches on DC motors are quite differing, especially if projections are on the long-term; they report for instance 35 billion dollars within 2025 (reference: Grand View Research, Inc), and highlight that the growth of the DC motor market will be mainly driven by the Automotive ambit. The sales of Brushless motors are prevailing in comparison with Brushed, and already in 2016 they held the highest market share. Still according to projections, they indicate for Brushed a growth with CAGR (Compounded Average Growth Rate) by around 3% from now until 2025, which becomes by 4% for Brushless.

Following an approach of scholastic type, a typical DC brushed motor includes a rotary armor, or rotor, which contains windings of wires insulated and wound around a weak iron core, and a stationary stator that encloses the rotor and contains electromagnets or permanent magnets that generate the magnetic field. The windings, which form one or more coils, are electrically connected with the commutator, a cylinder consisting of various metal contact segments around the armor bar. Brushes are electric contacts made with soft material, typically graphite, in contact with the segments of the commutator when the bar rotates. If we apply a DC power source to brushes, the coils of the armor are energized, creating an electromagnet that is set in rotation, with its north and south poles aligned with stator ones; with the rotation, it is determined an inversion of the energy polarity in the armor coils and of the direction of the relative magnetic field; the armor rotates towards the new alignment, the current is inverted again and the armor goes on rotating. This inversion is commonly identified by the term of “mechanical switchover”. Acting on the arrangement of windings, different typologies of DC Brushed motors have been implemented. In a motor with winding in derivation, where field coils of stator and rotor are connected in parallel, the operation is at constant speed, irrespective of the load. In the case of winding in series (two coils wound in series), the speed varies with the load and it increases when the latter decreases, but making high start torque available. 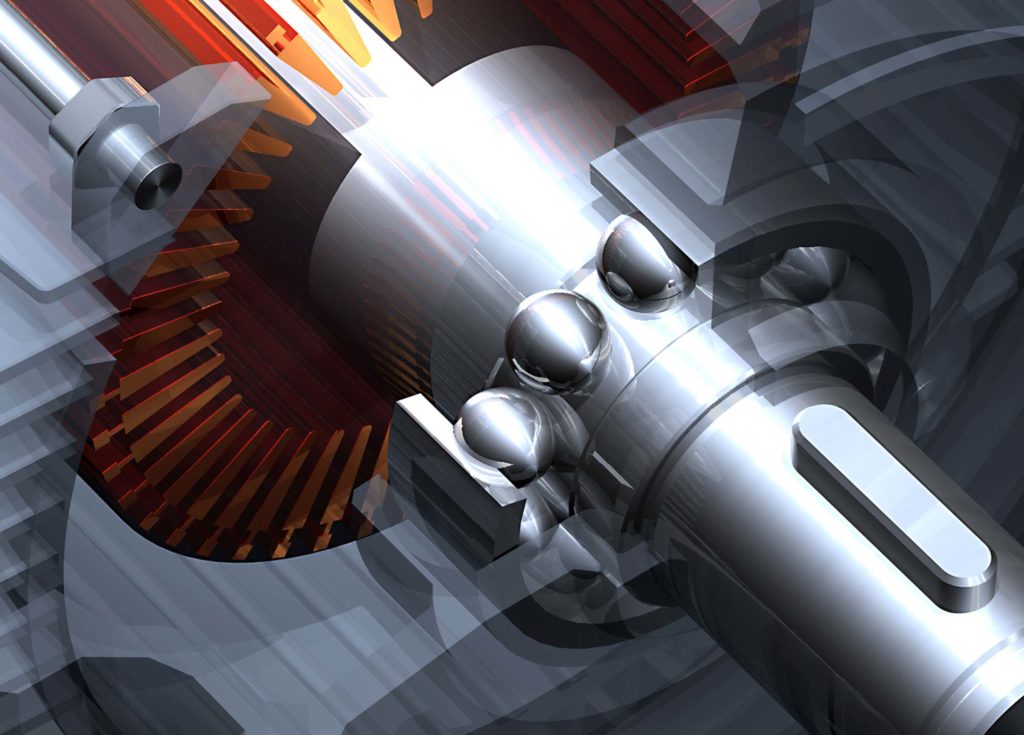 The characteristics of both previous typologies are achieved with a composite winding, combination of the motors with winding in derivation and in series, typically used when complex start conditions occur and when a constant speed is required. Separate excitation motors, with separate feeders for stator and rotor, hence with high field current for the stator and sufficient voltage for the armor to produce the necessary torque current for the rotor, find application when low speeds but high torque capacities are needed. A further typology is with permanent magnets in the stator, thus annulling the need of an external field current: the design is more compact and lighter and the energy efficiency is higher in comparison with other DC Brushed. The control of a DC brushed motor is essentially simple because the switchover is mechanically executed. In a constant-speed motor, for instance, just a DC voltage and an on/off switch are necessary while the speed can be modified by varying the voltage. If a more sophisticated control is needed, specific circuits, widely available and well consolidated, are adopted while a PWM (Pulse-Width Modulation) signal is used for the speed control: the motor winding operates as low-pass filter, so that high-frequency PWM waveforms generate a stable current in the motor winding. For more precise regulations, it is possible to integrate a speed sensor, for instance a Hall-effect sensor or an optical encoder, thus creating a closed loop. In short, DC Brushed motors are inexpensive, reliable and with a high torque/inertia ratio but they have the problem of brushes that tend to wear in time, hence the need of periodical maintenance, for replacement or cleaning. Worth considering other limits, too: if the motor has big power, other problems of heat disposal arouse because windings heat up by Joule effect; windings make the rotor heavier, from which the rise of the moment of inertia derives; besides, if the motor must provide a fast and precise response, as required in industrial automation and in robotics, the control becomes more complex; electromagnetic interferences are generated in the arc of brushes because between them and the collector, in switchover times, there are opening transients of inductive windings and then flashing, which can be anyway attenuated by various devices. (A.C.)