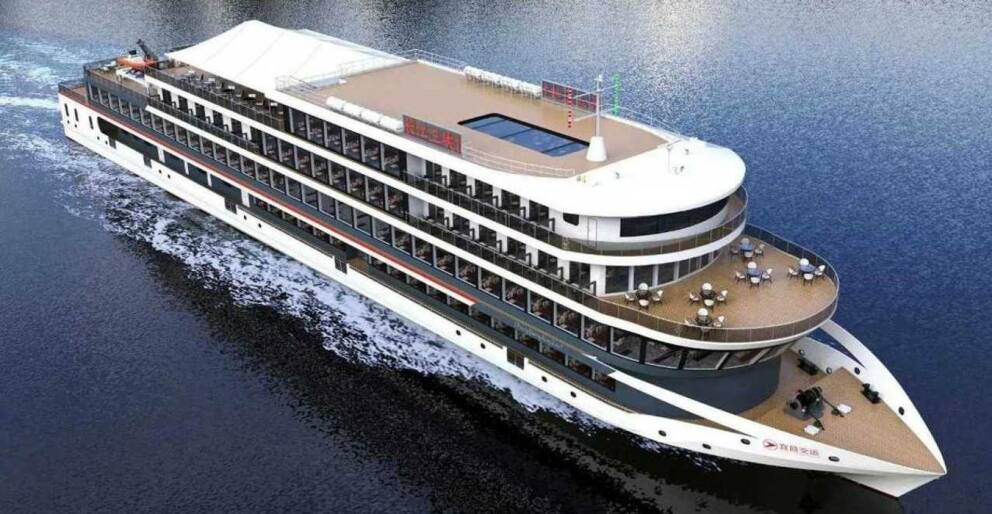 It is announced as the largest electric cruise ship in the world. We are speaking of Yangtze River Three Gorges 1, built by Wuxi Saisiyi Electric Technology Co, which will be launched in July 2021 and whose first cruise will take place in November along a stretch of Yangtze River, the longest in the Asian Continent, in Central South China. What technical specifications can endure the travel that reaches the Three Gorges Dam, on the route connecting Yichang and Chongqing cities?
The 7.5 MWh mega accumulator will be a lithium-iron-phosphate (Lfp) battery with over 10,000 cells, by Catl brand.
It is a battery as big as 75 batteries of current electric car models and two recharge types will be available. They are high-voltage and low-voltage, in order to assure utmost flexibility.
In the role of record electric ship, Yangtze River Three Gorges 1 replaces Color Hybrid, which navigates on the route from Norway to Sweden, crossing Sanderfjord fiords, equipped with five MWh battery.

Electric boats: a “Tesla” in the waves