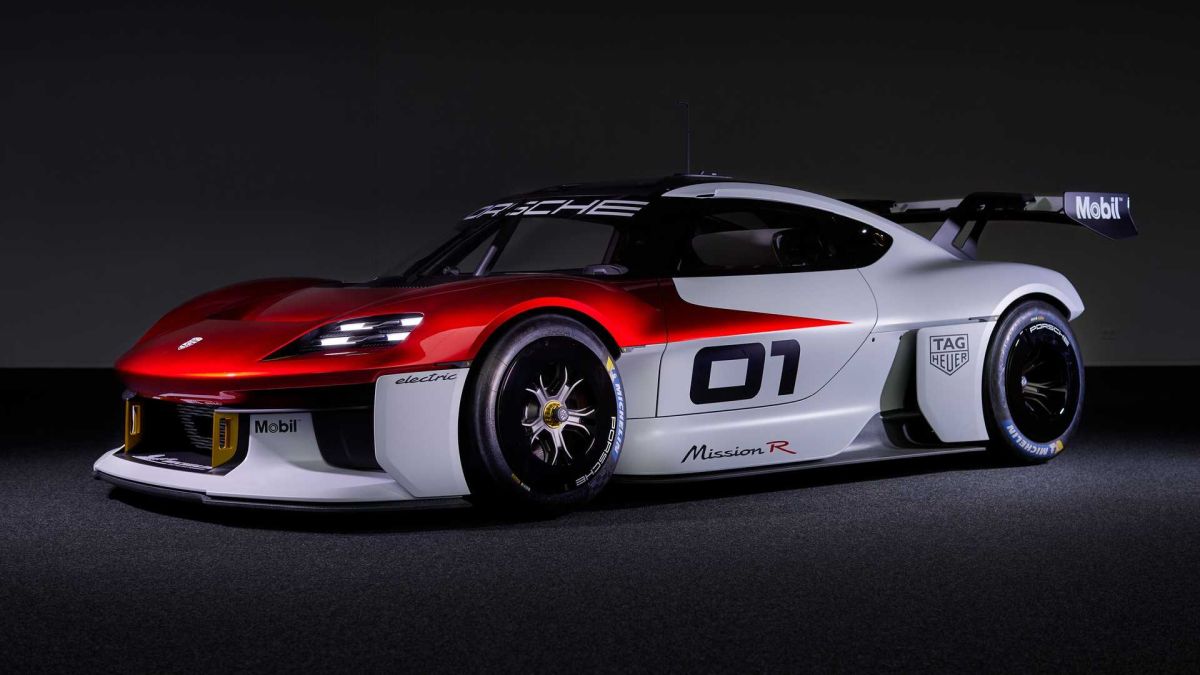 From prototype to mass production? Porsche is testing the Mission R motor, integrating it into the bodywork of a 718 Cayman GT4, probably to release it in the future in a fully electric version.
At IAA, Porsche presented Mission R Concept as vision of a fully electric GT race vehicle for motorsport, 718 Cayman GT4 ePerformance.
The race car, in the simulated performances has constantly available 450 kW for 30 minutes, a lapse of time that corresponds to the duration of a Carrera Cup race.
Instead of the six-cylinder power unit, Porsche has then installed a 320-kW motor in the front part and a 480 kW motor in the rear part, for a power that should reach 800 kW.
A special characteristic is the direct oil cooling of electric motors that would be particularly efficacious against the derating, that is to say the performance decrease caused by the temperature rise of battery and motors. Björn Förster, the project manager of GT4 ePerformance explained: “The integration of the oil cooling has exerted a significant impact on the vehicle concept”.
Finally, worth highlighting that, due to the 900-volt technology, the state of charge (SoC) of the battery at full charge capacity shifts from 5 to 80% in about 15 minutes.