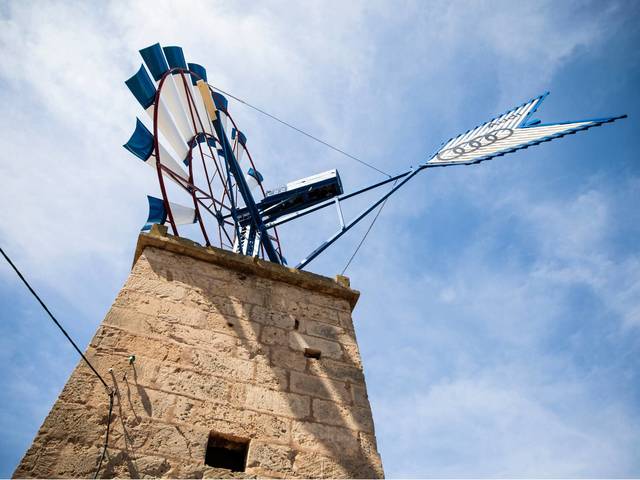 The idea of restoring an old Majorcan windmill and converting it into a wind farm, using the disused electric motor of an Audi e-tron, was conceived by Audi collaborator Francisco Trigueros Morera de la Vall, manager of the Microgrid Project.
“Why cannot abandoned windmills become a renewable energy source that replaces the fossil energy production?” Here is the question that has generated this project three years ago: now the first windmill has been inaugurated and baptised “Son España”, it is located in Son Ferrol village and it was built in 1925.
In Mallorca there are thousands of windmills whose origins dated back to the XIV century and today most of them are no longer used. «We are exploiting both windmills and the electric motors of Audi e-tron to produce energy», explained Trigueros, who has succeeded in implementing his project after submitting it to Audi’s Innovation Management department.
The Spanish hotel chain Meliá has become project partner and has made available for its guests four Audi e-tron for the displacements in Mallorca.
In the opinion of Trigueros, electric cars are the ideal means of transport to protect Mallorca’s nature and environment, and at the same time a holiday is the perfect time to experiment electric mobility: «If just five per cent of all customers of the hotel bought one Audi e-tron, the project would be already paid back». Moreover, the yearly energy requirements of electric SUV intended for tourists are precisely satisfied by requalified windmills.
Depending on the sizes of wind turbines, it is possible to generate up to 22 MWh of energy every year, that is to say the quantity needed to recharge 220 times an Audi e-tron with a 95-kWh battery. Besides, with an even more efficient wind turbine, it would be possible to reach a maximum of 40 kW of constant power.