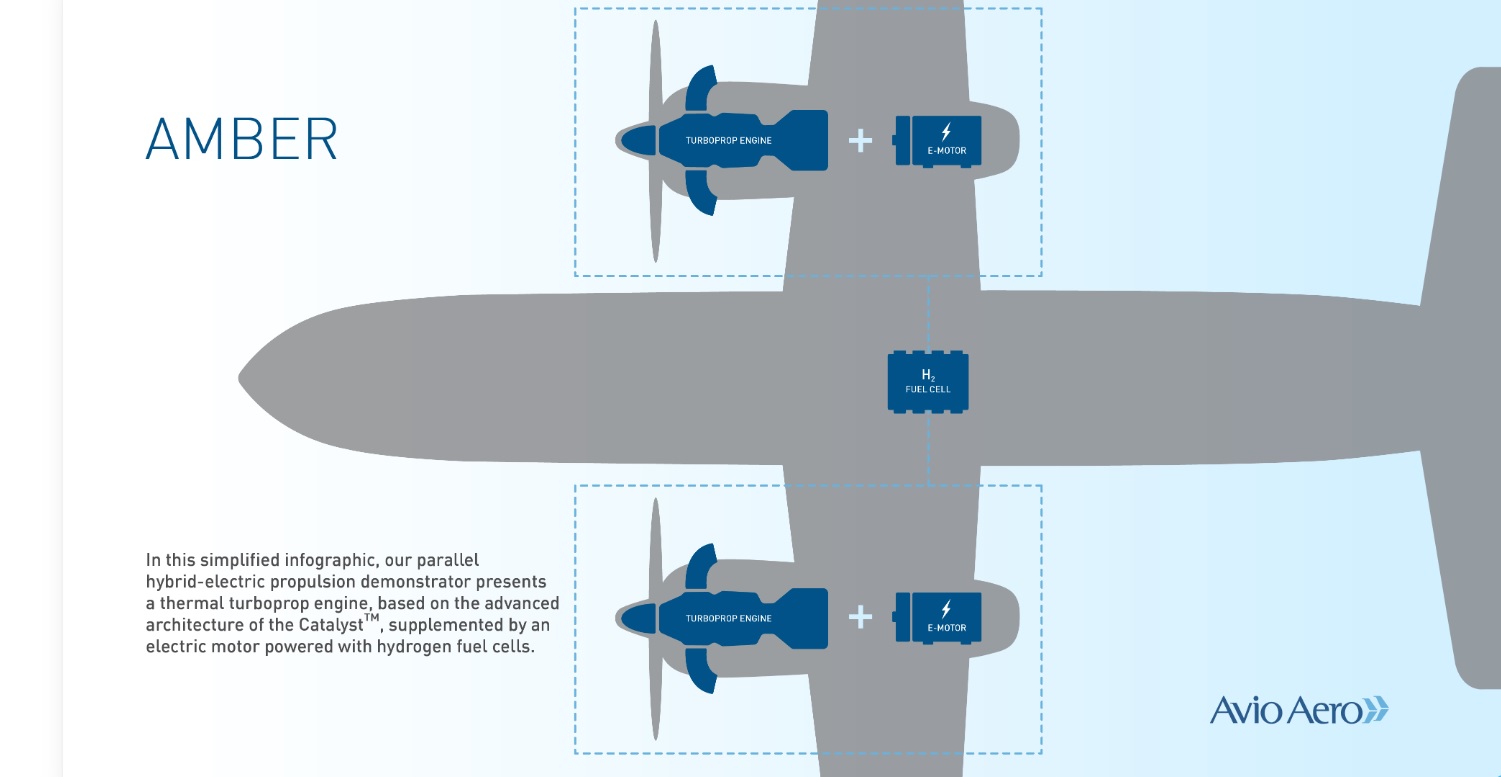 Headquartered close to Turin, Avio Aero is part of GE Aerospace and works at the design, production and maintenance of components and systems for the civil and military aeronautics. Recently, the company has announced the release of AMBER, a new technological demonstrator for the hybrid-electric propulsion, for which the Clean Aviation Joint Undertaking of the European Union has allocated about 34 million Euros.
The target is developing, integrating and validating the necessary key technologies for the development of a hybrid-electric motor architecture powered by hydrogen fuel cells in the class of one megawatt. AMBER will study the integration of hybrid-electric components with fuel cells and with Catalyst, the innovative turboprop engine by Avio Aero, to carry out tests on bench at half of this decade.
Giorgio Abrate, Engineering Vice President of Avio Aero declared: “We are proud of announcing the release of AMBER technological demonstrator, which will allow highlighting the performances of an innovative hybrid-electric propulsion system that joins a turboprop motor and an electric one powered by hydrogen fuel cells. The development of this demonstrator confirms our commitment to designing, developing and testing innovative technologies to shape a more and more sustainable flight future. This ambitious project will be enabled by the collaboration with Clean Aviation Joint Undertaking. The choice of Clean Aviation of introducing AMBER among the funded proposals confirms its technological and strategic value to achieve the European Union’s ambitious target of reaching net zero emissions in the airplane transport within 2050”.
The partnership of Clean Aviation with sector industries has the goal of speeding up the introduction of key technologies, such as electrification, to reach such targets and to support the European Union’s efforts in decarbonization ambit.
AMBER Consortium is made up by 21 European partners overall, including some universities and research centres that are members of the collaboration network of Avio Aero, European Technology Development Clusters (E-TDCs). The other European sites of GE Aerospace that will be involved – such as those in the Czech Republic, Germany, Poland, Turkey and United Kingdom – will contribute in the research about the motor, the propeller and the electric propulsion system.
Avio Aero participates also at HERA project, coordinated by Leonardo, aimed at defining a concept of suitable regional aircraft for the hybrid-electric propulsion.

Rolls-Royce electric aircraft. Is it the fastest in the world?

Rolls-Royce electric aircraft. Is it the fastest in the world?