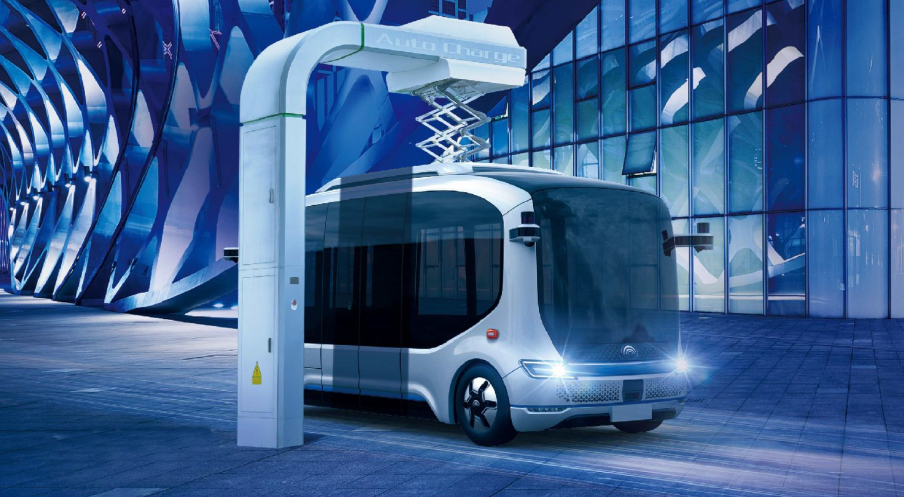 The Yutong Xiaoyu 2.0 has been awarded the design prize 2021 Red Dot Award. Developed by the Chinese group, the 5.5-meter shuttle bus stands out for being the world’s first autonomous bus recognized by world-class industrial design award, as well as the only bus brand in China winning Red Dot Award.
Xiaoyu 2.0 is an autonomous public transport solution that inspires trust in passengers. In 2020, Yutong sales volume of large and medium-sized buses reached 41,756 units, among them 16,461 units are new energy buses. The bus producer reached sizable sales volume in over 30 countries and regions such as France, UK, Australia, Russia, Saudi Arabia, Kazakhstan, Mexico, Norway with a market share of over 35% in China and over 13% in the world.
In late November 2020 the producer secured the widest order so far for battery electric buses in the world: 741 e-buses are set to be running in Qatar by 2022 in view of the FIFA World Cup Qatar. They will be deployed by Mowasalat, which ordered in total 1,002 vehicles from Yutong.
The design of the bus has been inspired by spacecraft, precisely by space capsule. The symmetrical design from the front and back has the goal of promoting strong visual identification. Engineering and aesthetic factors are smartly reconciled by excessive size porthole and the mapping of laser radar and lens.

Electric Motors Talks: spotlights on the design of electric motors for automotive

The awarded Design of electric Vespa

The awarded Design of electric Vespa