More than yesterday, less than tomorrow. The market of electric vehicles has been put under the magnifying glass by the Smart Mobility Report 2019 that has outlined opportunities and rising challenges for the supply chain on an Italian and European scale.

It is becoming a reference point for the world of electric vehicles, an analysis that highlights the main macro-trends of a sector that is greatly evolving towards a smarter and smarter concept. The issue is the Smart Mobility Report 2019 by the Energy&Strategy Group of the School of Management of Milan Polytechnics, run by the Director Vittorio Chiesa, where are detailed the data concerning the electric car’s environmental impact, the diffusion of electric vehicles and recharge structures on an Italian, European and world scale and the potential developments of the market in Italy.

EV percentage out of overall registrations in each single Country

Before analysing the Report content thoroughly, it is advisable to specify what we precisely mean with “Smart Mobility”, concept driven by the three main macro-trends of electrification, autonomous drive and sharing mobility. «As Smart Mobility we indicate the evolution of the mobility world towards a more sustainable model in the various assets, therefore environmental – through the reduction of transports’ impact, social – with an improvement of the life quality, and also economic, in relation to a decrease of transports’ cost » – stated the Professor Vittorio Chiesa.

As Smart Mobility we indicate the evolution of the mobility world towards a more sustainable model in the various assets, therefore environmental – through the reduction of transports’ impact, social – with an improvement of the life quality, and also economic, in relation to a decrease of transports’ cost.

In 2018, about 2.1 million electric vehicles were registered in the world, including passenger cars and Light Duty Vehicle (both BEV and PHEV), a datum rising by 78% compared to the previous year, with a total stock that, on a global level, has reached 5.4 million vehicles. This constant growth results in the expectation of exceeding the threshold of 3 million electric vehicles registered in 2019 and in a stronger shift from PHEV, Plug-in Hybrid Electric Vehicles characterized by both electric and internal combustion propulsion, towards BEV, Battery Electric Vehicle, therefore vehicles without internal combustion engines but just equipped with an electric propeller that exploits the energy stored in the traction battery.
With about 1.2 million electric vehicles registered, China is the biggest world market, followed by the United States with over 400,000 registered units (34% more than in 2017) while Japan ranks third, with 53,000 vehicles.

FOCUS ON ITALY
In Italy, we are still waiting for the real take off of the electric car, at present it is in fact a niche, although in big constant growth. In 2018, 9,567 electric cars were registered, of which 5,010 BEV and 4,569 PHEV, corresponding to 0.5 % of total registrations, rising the overall number of circulating electric cars to about 22,000. In the first seven months of 2019, instead, 6,000 electric cars in all were sold, one thousand more compared to the entire 2018, with the 113% growth. Therefore, there are certainly positive signs, also due to the autonomy of the electric cars currently available on the Italian market, which ranges from 150 to 560 km: even in the most limited case, it is an autonomy that allows the effective use of the electric car for shopping, entertainment and the free time. Key factor for the increment after the third quarter of 2019 is the coming into force of the Ecobonus, whose demand online has been enabled since last April 8th. The analysis carried out within the Report highlights that the incentive to the national purchase in favour of the electric vehicle allows using 5 years “to equalize” the cost of a petrol car, resulting in a saving of 7,000 Euros in 10 years. Besides, in Italy, the integration level between electric cars and the availability of columns is decisively encreased with an upcoming average of a 1:5 ratio. The study carried out by the Energy&Strategy Group of the School of Management of Milan Polytechnics has hypothesized three future scenarios for Italy: the basic one, with a growth trend in 2030 that goes from 2.5 to 7 million electric vehicles in Italy, a moderate development scenario where in 2025 we will reach 23% and 55% in 2030, for a total of 5.4 million electric cars and, finally, a scenario of accelerated development with 7 million electric vehicles circulating in 2030 and 65% of new electric registrations in the year.  For the development of the electric mobility, in Italy we hope in a regulation on the retrofit, the allocation of 3.7 billion Euros intended for the renewal of the bus fleet, the simplification of the bureaucracy for the installation of private columns and the development of side sectors, like the self-consumption and energy communities.

The influence of incentives in Europe

If we analyse each Country of the Old Continent, the subdivision of electric cars’ registrations in 2018, both BEV and PHEV, results in a highly variegated mix that leads to 3 different “clusters”: BEV-oriented that includes Holland, France and Norway; PHEV-oriented, of which Sweden, United Kingdom and Belgium are part, and the group of Balanced that includes Switzerland, Germany, Spain and Italy. Such scenario has been influenced by incentive and tax schemes along the time. 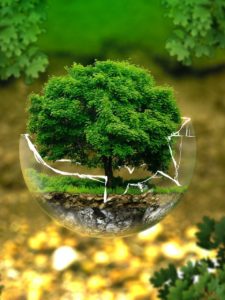 The analysis highlighted by the Report shows the emissions of carbon dioxide along the life cycle of the vehicle are lower for electric vehicles than for vehicles with internal combustion engine. For both vehicle typologies, we identify as worst case the scenario in which the battery production and the vehicle assembly take place in China. The best case is instead associated to the 100% Italian manufacturing chain, where all components of the vehicle are produced and assembled in Italy, with a saving of emissions in the order of 30% for BEV and of 15% for ICEV. The impact of the use phase is higher for the vehicles with internal combustion engine: from 75% to 88% of the total of CO2 emissions in the lifecycle. Concerning BEV, instead, this share ranges from 40% to 65% and strongly influences the energy source with which the energy that supllies the electric vehicle is produced. The battery component has a very important weight in terms of emissions for electric vehicles: the emissions associated to its production constitute about 35- 55% of the total inherent to the vehicle implementation phases.

Germany, for instance, offers a direct incentive of 4,000 Euros and the road tax exemption for 10 years for the purchase of BEV cars and of over 3,000 Euros for PHEV; similar situation for Spain that provides for an incentive of 1,300 Euros for cars with purchase price under 32,000 Euros and of 5,500 for cars with autonomy exceeding 71 km. In France, the State allocate up to 6,000 Euros for the purchase of cars that release less than 20 grams of CO2/km and there is a disincentive to the purchase of diesel and petrol cars based on the “polluter pays” principle. Among the best practices, stands out the one of Norway, which has introduced incentives already since 1990, both direct and indirect, like the absence of tolls and the free access to parks, like in Holland.

Since October 2018, the United Kingdom has introduced incentives amounting to 35% of the purchase price, up to a maximum of 3,500 pounds, Belgium supports with imports that decrease hand in hand with the increase of the purchase cost while Sweden has an articulated system that reaches 5,600 Euros for BEV vehicles.

Recharge trends and evolution of infrastructures

The direction of the recharge infrastructure for electric cars is strictly connected with the main requirements, today not sufficiently satisfied. The need of decreasing recharge times is leading to an increment of the power supplied by columns and to a “Battery Swap” service, then the substitution of the low battery of a vehicle with a charged one, instead of recharging.

The need of an extremely user-friendly operation is leading to the development of Plug&Charge columns, of wireless recharges and of services like the emergency recharge. Finally, the demand for the integration of recharge systems in the urban context is resulting is different solutions such as the mobile recharge. In this context, it is worth underlining the big trend of the Vehicle Grid Integration, the direction that corresponds to the electric vehicle’s possibility of providing services in grid. The V2G declination, the so-called Veichle-to-Grid will be stronger and stronger, providing that the supply of grid services occurs through bi-directional flows of energy, therefore from the grid to the vehicle and vice versa. Nowadays, its diffusion is still quite limited and circumscribed to pilot projects; soon the revision of the regulatory framework is expected to make room for experimentations in this ambit.

Innovative and excellence solutions for the Smart Mobility