Home Applications Automotive It looks like a standard car, consumes as a hair dryer 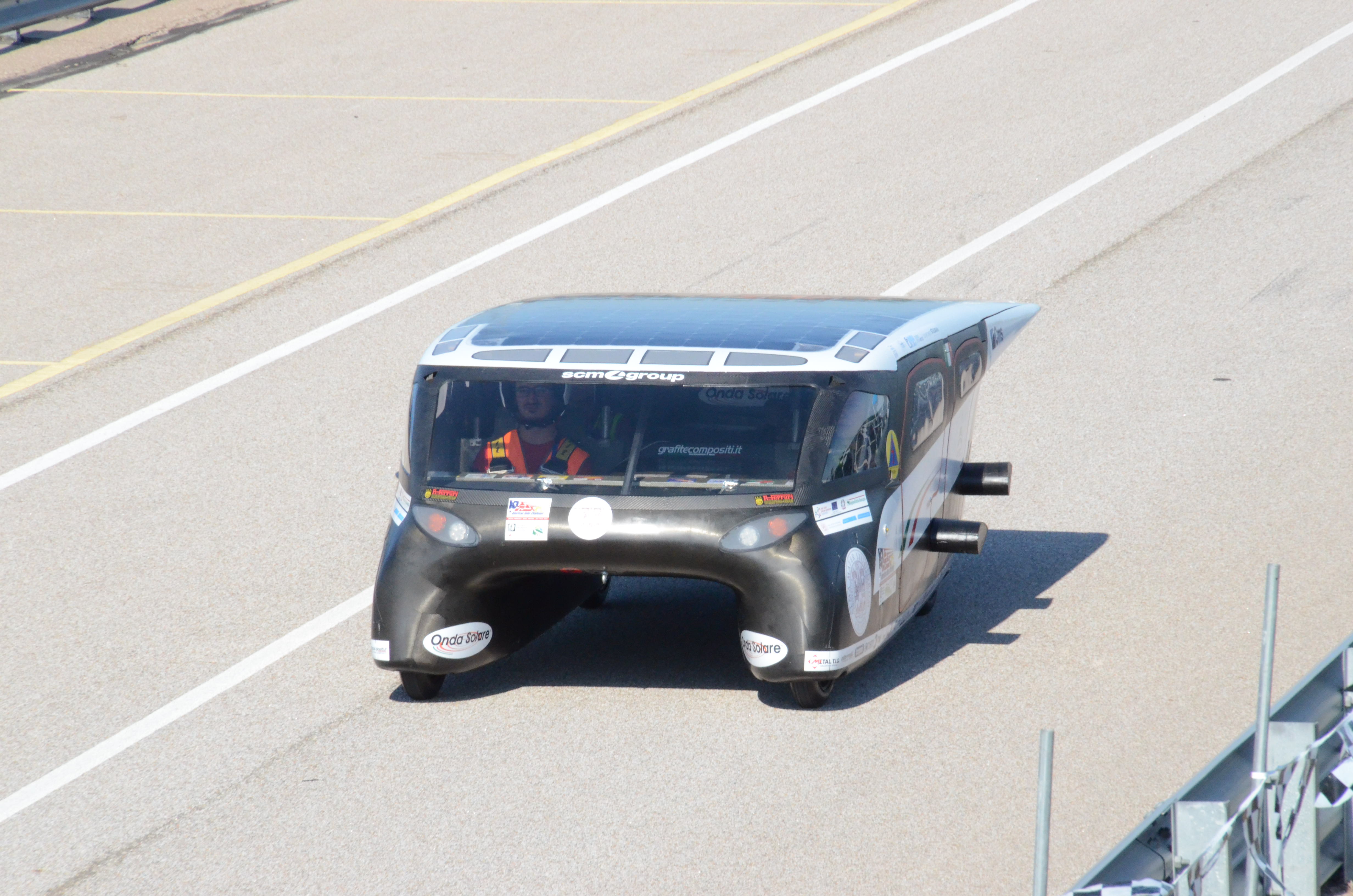 After 2700 kilometres through the Rocky Mountains region, from Nebraska to Oregon, the Solar Wave team – the only European team in the race – ended the course winning the first place and two special prizes with the “Emilia 4” vehicle: the award for the best mechanics and use of composites and the award for the best battery project. It is a success of Bologna University in the Automotive sector on a global scale, paving the way for possible important reverberations in industrial field. 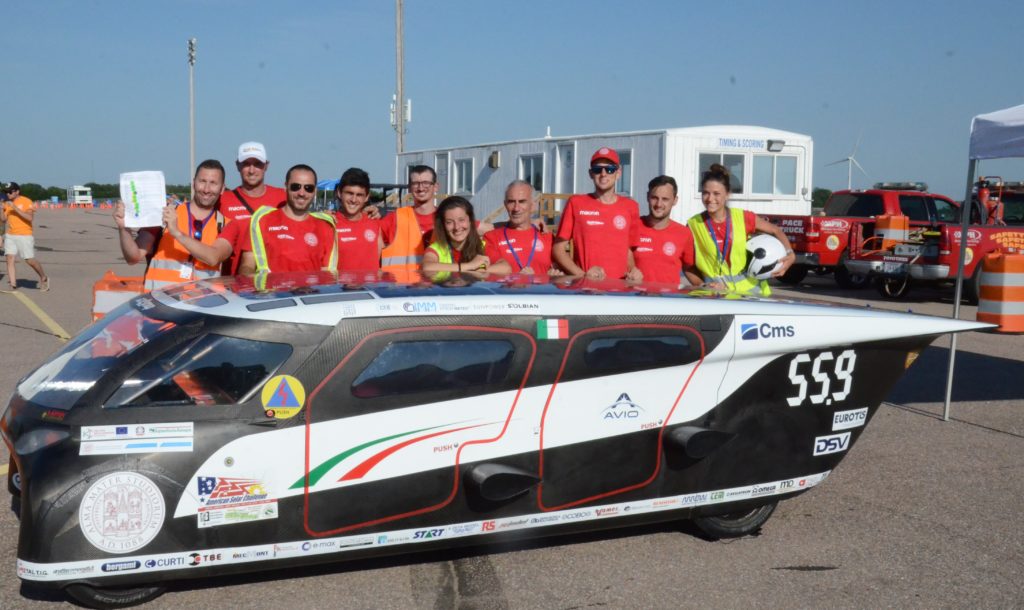 The vehicle, developed by Solar Wave team, looks like a conventional car but with a big difference in the consumption aspect: to move, Emilia 4 uses an amount of energy similar to what is needed to power a hairdryer. With two electric motors positioned behind the wheels, it is fuelled by five square metres of high-efficiency solar panels connected with state-of-the-art lithium batteries.
Emilia 4 crossed the finish line exclusively exploiting the solar energy, without ever being connected to the electric grid to recharge its batteries, and travelling autonomously the entire course, whereas all other racing vehicles needed to be towed on a cart for at least one section of the track.

Born from an industrial research project funded by Emilia-Romagna Region through European financing – Por Fesr 2014-2020, Emilia 4 was fully developed and built in Emilia-Romagna by Bologna University and by the Solar Wave team, with the involvement of Interdepartmental Centre for Industrial Research in Building and Construction, the Interdepartmental Centre for Industrial Aeronautical Research and the support of various companies and research centres, including Cineca Supercomputing Centre and Scm Group. The engineering activity, which involved around sixty people, lasted two years whereas the construction phase was accomplished in less than one year.