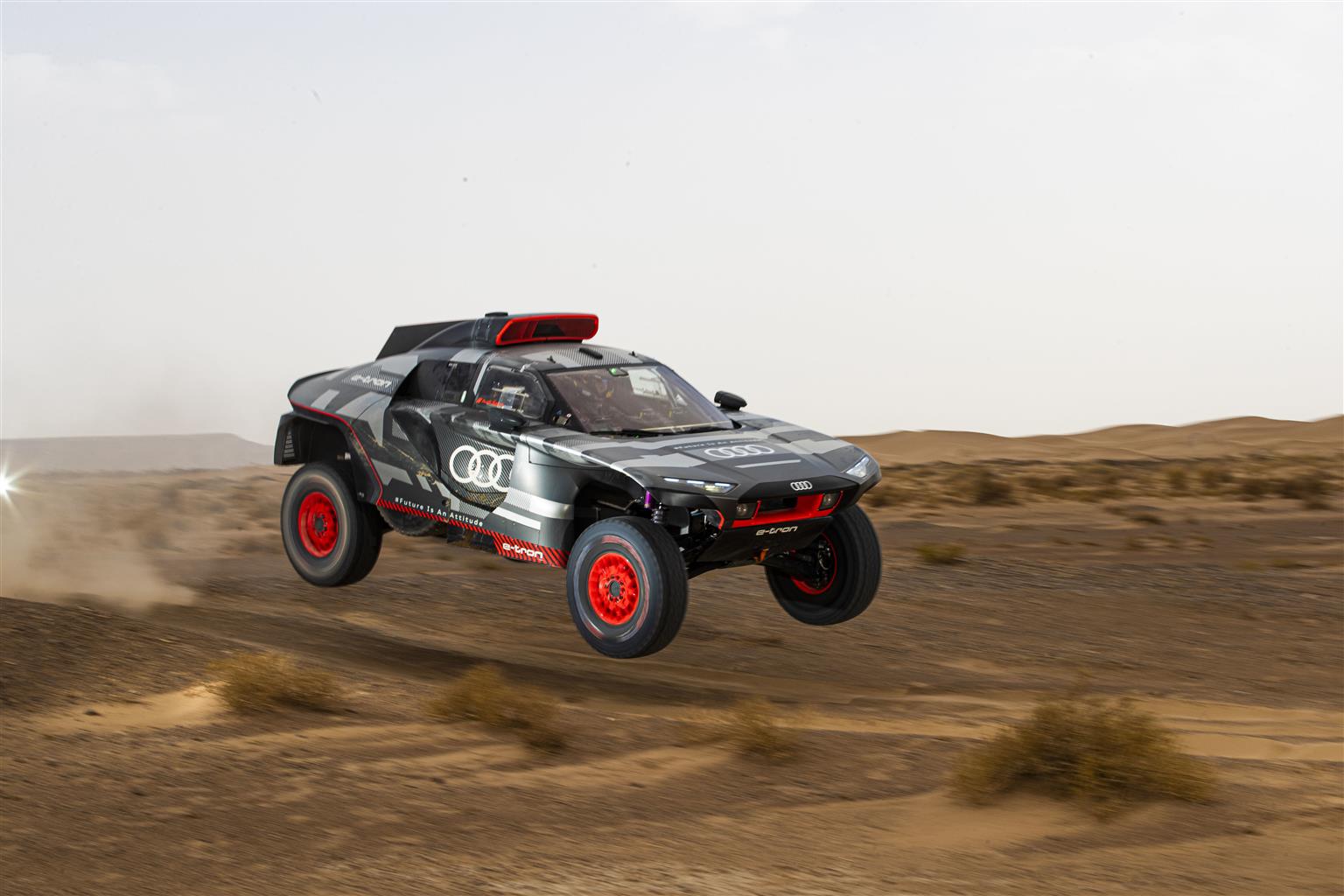 Electric sports forefront incoming: the four-ring Brand has unveiled its commitment in one of the most demanding motor challenges in the world: the Rally Dakar run in Saudi Arabia.
The 2022-edition is scheduled from 2nd to 14th January 2022.
The sportif character, which Audi Brand expresses in the Motorsport world through advanced technologies to be transferred on the road, now results in the official participation in Dakar as pioneer that takes part in the rally raid with an alternative powertrain.
Stéphane Peterhansel, 14-time winner of Dakar, will be member of Audi crews who will take part in the next rally raid with the innovative electric Audi RS Q e-tron prototype.
Dakar is the coherent synthesis of the two worlds that represent the pillars in the sportif history of the Brand: endurance and rallies.
Audi RS Q e-tron is equipped with three powertrains derived from the single-seater Audi e-tron FE07 of Formula E: two MGU (Motor Generator Units), one in correspondence of each axle, will perform the traction, whereas a third unit acts as generator to share in the high-voltage battery recharge, especially while braking. As it is not possible to derive energy from the desert, Audi has opted for an on-board solution: the accumulator is replenished while driving by the action of a range extender. Function, the latter, entrusted to the performing four-cylinder TFSI – turbocharged with direct petrol injection – derived from DTM, German Tourism Championship.