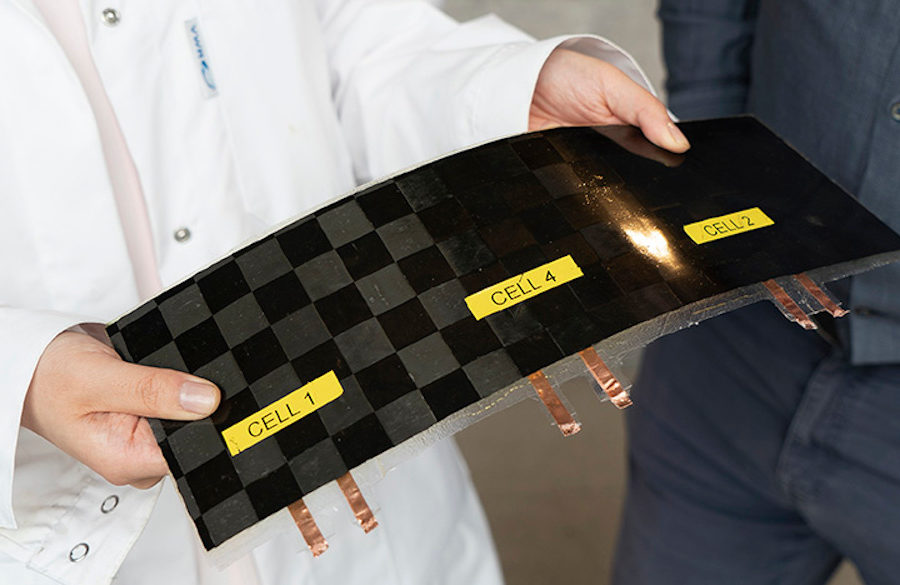 It is known, the battery weight is one of the big burdens that hinders electric cars’ performances. Concerning this, the new frontier of the sector is the structural battery, a solution that might share in the direct implementation of a large part of the vehicle’s frame.
Among the experimentations in progress on this kind of “bodyless” batteries, a highly promising one belongs to the Swedish Chalmers University of Technology (introduced among the ten top technological discoveries in 2018), which precisely studies structural batteries based on carbon fibre. What is at stake? A battery that becomes integral part of the bearing structure of a vehicle, so making the currently known battery mass disappear.
To reach this innovation, Chalmers University researchers have developed some cells of carbon fibre, a compound that simultaneously acts as electrode, conductor and structural material. We know in fact that this material is very resistant in relation to its weight and that carbon can conduct electricity.
The present version of this battery is equipped with a carbon fibre anode and the cathode is made of aluminium coated by lithium and iron phosphate. The two electrodes are separated by a matrix fibreglass fabric that contains the electrolyte and contributes in the battery stiffness. The compromises in materials and the used chemistry nowadays provide an energy density of just 24 Wh/kg, then only 20% of the capacity of comparable batteries that are currently on trade. Hopes for the future are anyway good: a lighter vehicle will need less energy to travel the same kilometres and researchers have already outlined a course that will raise the energy density of these cells to 75 Wh/kg.