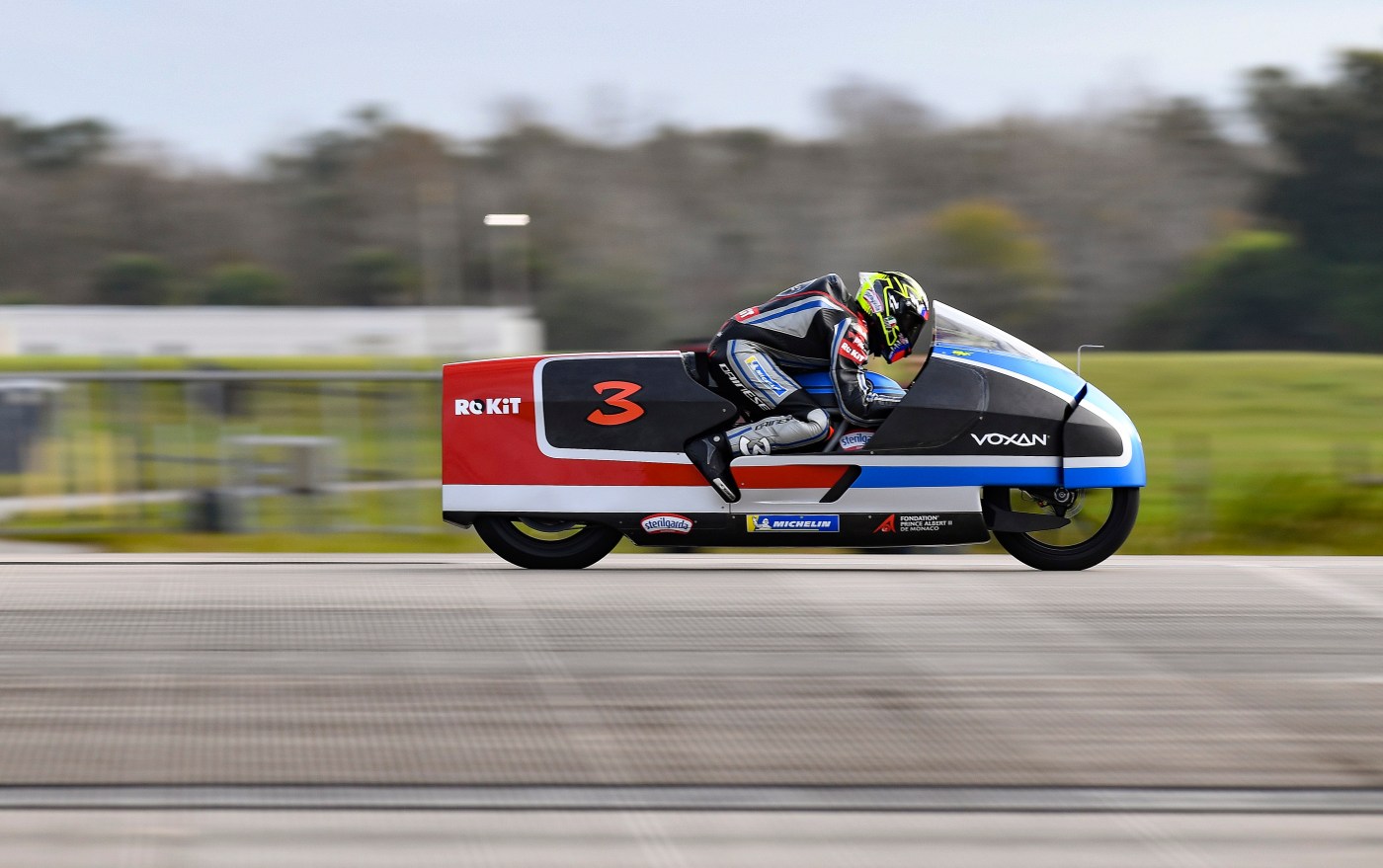 At the end of last November, in Florida the pilot Max Biaggi set a new speed record on an electric bike: at the Kennedy Space Center he reached 470. 257 km/h (292.204 mph) riding the Voxan Wattman.
The pilot worked in strict contact with the company to develop the new prototype, equipped with the same electric motor used by Mercedes team in Formula E World Championship.
Max Biaggi and the Voxan Wattman claimed the prestigious world record in the “partially streamlined electric motorcycle under 300 kg class”. In line with FIM (Fédération Internationale de Motocyclisme) regulations, the Voxan Wattman’s speed was measured from a flying start over 1 km in opposite directions, within a period of two hours. Under Federation rules, the final speed is the average of the two speeds recorded over these two runs.
«We at ROKiT – said Jonathan Kendrick, Chairman and Co-Founder of the ROKiT Group of Companies – are absolutely delighted to see the Voxan Watman achieving these new world speed records for electric motorbikes, as history tells us that speed records have a major effect in driving new technologies forward, rapidly. Technological excellence, combined with world-class engineering and piloting skill have produced outstanding results for us all. Many congratulations».

e-truck, the direction of Man giant

The future of flying cars

The compact tractor with hybrid-electric propulsion

A new generation of high-performance e-motor, for braking systems and cars’ traction

“Bigger” than a smartphone

“Bigger” than a smartphone

e-truck, the direction of Man giant