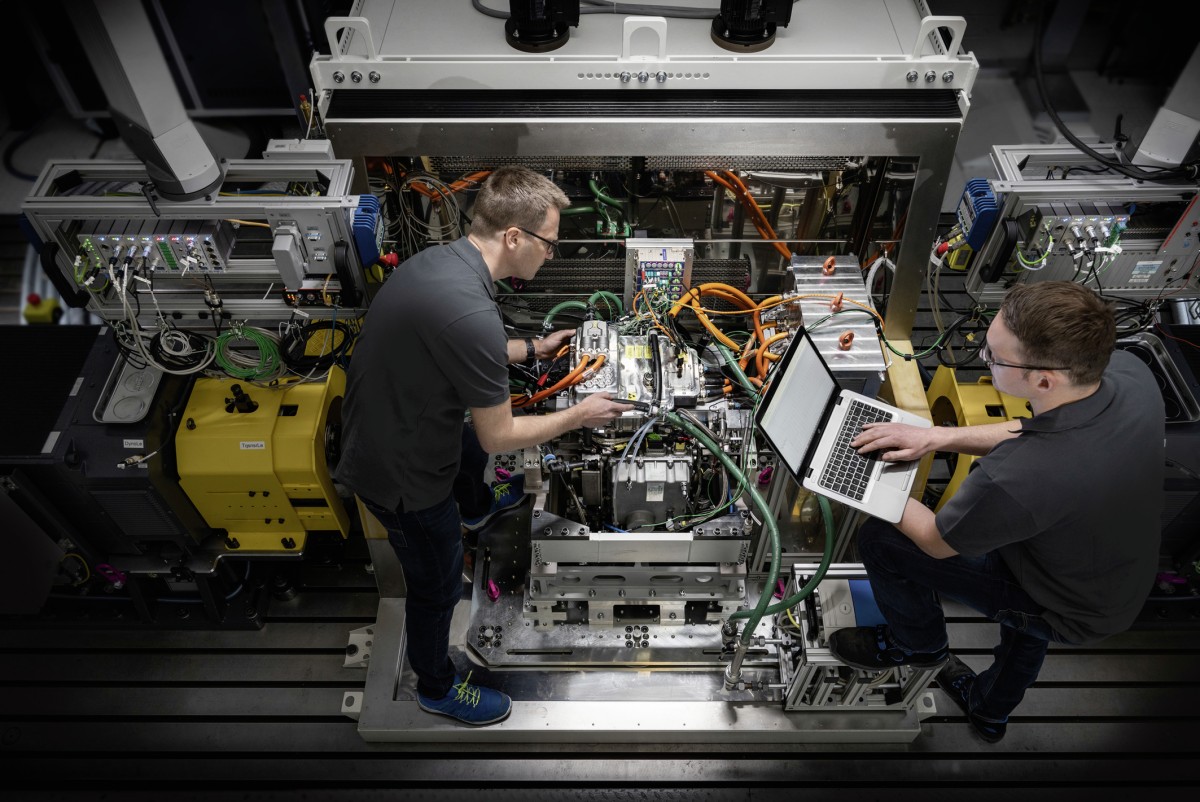 Schaeffler is simultaneously launching several new electric axle drives. «Electric axles are a key element of our electric mobility strategy», said Matthias Zink, CEO Automotive Technologies at Schaeffler AG. Until now, up to three drive components were assembled in one compact unit. With the so-called 4in1 electric axle, Schaeffler is now going one step further by integrating the thermal management system as well as the electric motor, power electronics, and transmission into the axle drive. This makes the axle drive more compact and lighter and ensures greater comfort. A particularly efficient thermal management system also ensures that a car travels further on one battery charge and charges faster. Another new development are electric beam axles for pick-up trucks.
In the future, Schaeffler will supply beam axles to automobile manufacturers, particularly in North America.
Of its 4in1 electric axle with an integrated thermal management system, Schaffler can achieve an even higher efficiency level of the complete system. An efficiency level of up to 96 percent is possible in an optimally designed system. Each additional percentage point translates into an increased range.
With its 4in1 electric axle, Schaeffler is developing its most comprehensive drive system for electric cars so far. Nevertheless, the company will continue to offer to its customers individual components and subsystems for electric and hybrid drives such as electric motors, transmissions, bearings, and the thermal management system.
The company plays to its special strengths in the production of electric axles: Schaeffler is well versed in the production of individual components through to high-precision manufacturing methods such as stamping individual stator laminations for electric motors and the winding of rotors using innovative wave winding, for example.