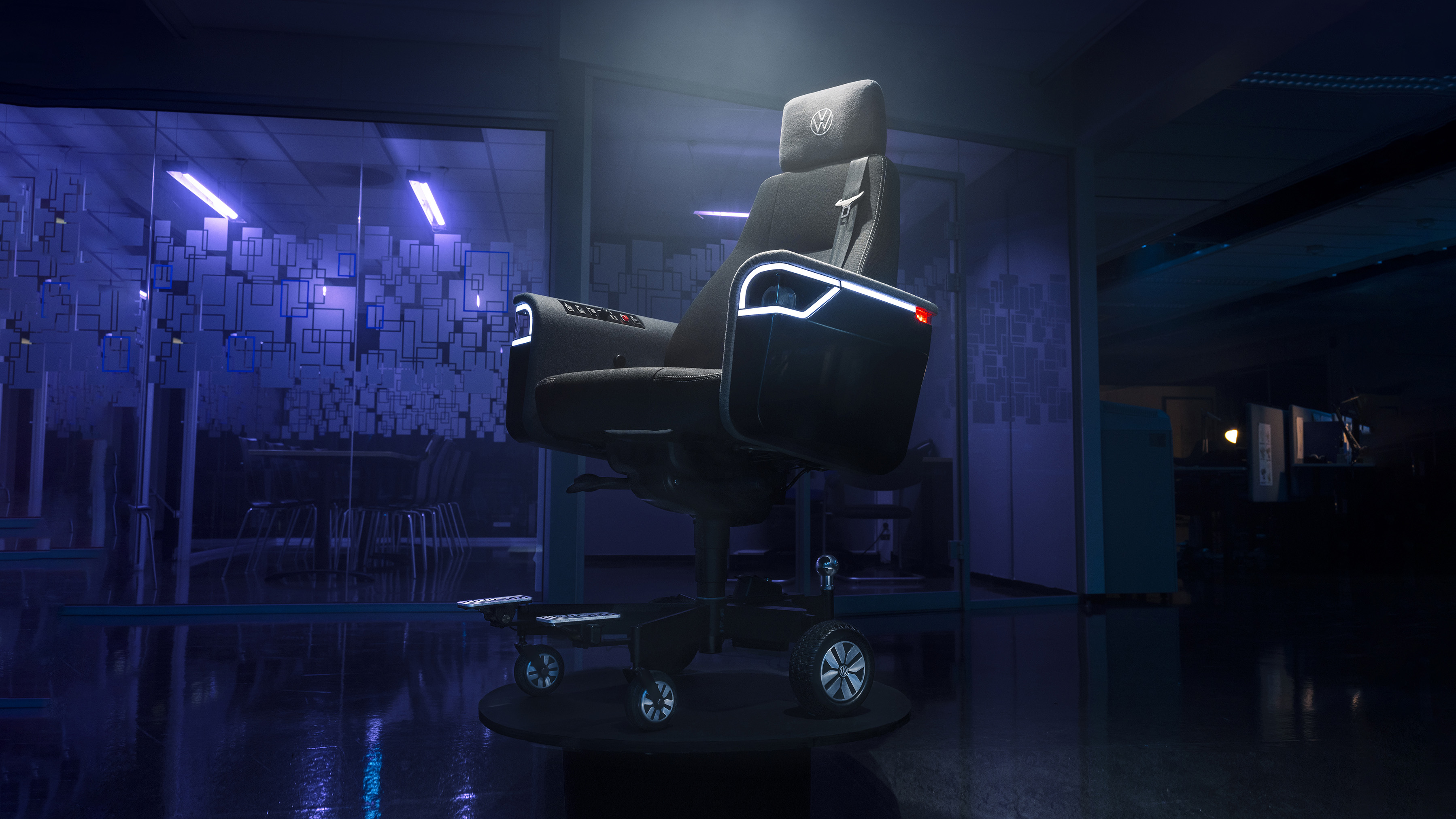 Currently, the applications of electric motors can embrace a broad range of possibilities, even beyond our imagination. Those who appreciated the provocation of Disney Wall-E masterpiece will find many similarities with the latest idea by Volkswagen ID, precisely by its Norwegian branch. What is at stake? After its new ID.BUZZ electric vehicle, the new electric creature is an office chair.
The armchair has been implemented with various components installed on board of Volkswagen commercial vehicles, and it integrates various technologies that equip German brand’s electric vehicles.
The chair is actually an electric mini-vehicle with autonomy of as many as 12 km and a speed of 20 km/h. It has front headlights, LED daytime running lights, infotainment system, horn, heated seat and even ADAS, with 360-degree sensors and rear-view camera with display incorporated in the armrest.
This is an experiment of playful nature, but the chair might appear in some Norwegian localities for some drive tests.